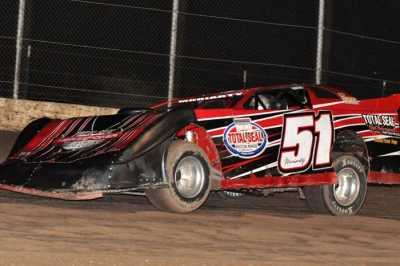 R.C. Whitwell, a two-time CDM winner at Tucson this season, was among three heat winners but he departed with engine problems.

Friday’s opening event of the doubleheader weekend was rained out.