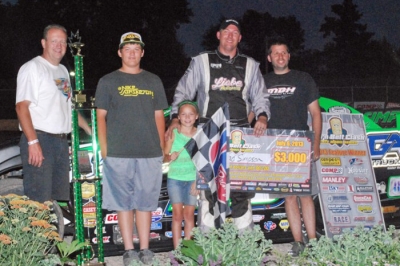 A.J. Diemel of Navarino, Wis., Thursday’s series winner at Luxemburg, started fifth but was an early retiree at a scramble at Plymouth. He came back to win the Dash for Cash at the conclusion of Plymouth’s action.