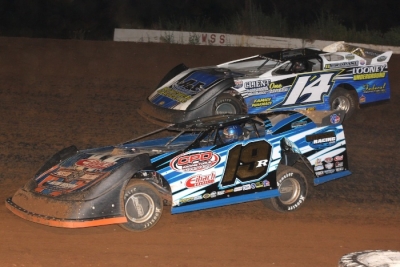 Fourth-starting Terry Phillips of Springfield, Mo., turned up the heat on Gustin late in the race, but the six-time series champion gave up second when he slowed to draw a caution flag and ended up 16th in the 22-car field.

The main event was slowed by three cautions; Along with Phillips, Wendell Wallace and Justin Asplin also slowed to draw yellows.

Gustin’s previous victories came May 11 at Springfield (Mo.) Raceway and June 28 at I-80 Speedway in Greenwood, Neb.