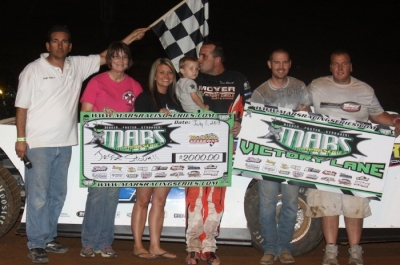 Driving Shane Essary's No. 15 car instead of his traditional No. 00, Stovall took the lead after pole-starting Brad Looney of Republic, Mo., had a flat tire while leading and secured the $2,000 payday, ending the three-race win streak on the series of Tony Jackson Jr. of Lebanon, Mo.

MARS competitors battle for a $3,000 winner’s purse Saturday at West Siloam, which reopened this spring after being closed since 2011.