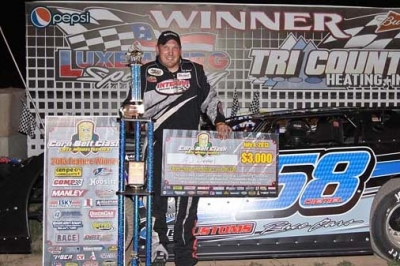 Diemel took control from the outset and kept Anvelink in check the whole way while Feger and Simpson moved toward the front throughout the race. The leader’s biggest scare came when his nosepiece was damaged in a tangle with the lapped car of Doug Herrick to draw a caution, but he was able to continue and wrap up the victory.