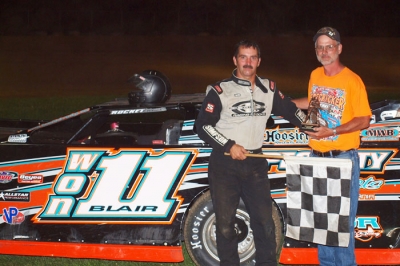 EAST SMETHPORT, Pa. (July 3) — Rob Blair of Titusville, Pa., on Wednesday raced to his series-leading 13th career victory on NDRL's ULMS Racing Series at McKean County Raceway. Blair pocketed $3,000 for his fourth victory of the season as the tour ran its fifth of 11 races at its home base.