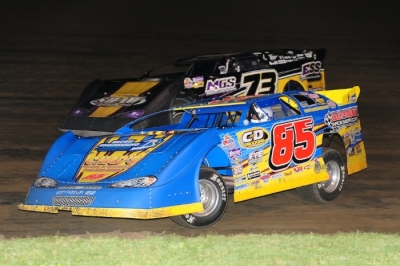 Kaanta raced from his third starting spot to outrun front-row starters Mike Prochnow of Menomonie, Wis., and Zach Johnson of Kensington, Minn., in the 40-lap feature at the 3/8-mile oval. Fifth-starting Jake Redetzke of Eau Claire, Wis., was fourth and Lance Matthees of Winona, Minn., rounded out the top five.

Prochnoew jumped into the early lead with Kaanta and Johnson battling for second early. Kaanta got that spot while Redetzke and Matthees joined them in the top five.

After a lap-13 restart, Matthees moved into the third spot, overtaking Johnson, but the drivers were reversed when another yellow waved and raced restarted on lap 18. Not long after, Redetzke moved Matthees back to fifth.

On lap 27, Kaanta turned up the heat on Prochnow. He took command on lap 29 and slowed pulled away to secure the victory.