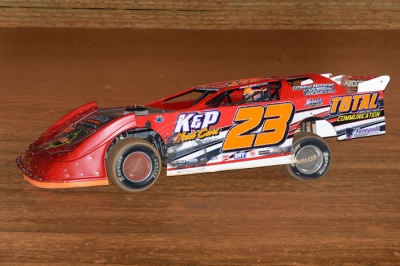 Cory Hedgecock was born into a racing family. (dt52photos.com)

There was never a doubt that one day Cory Hedgecock of Loudon, Tenn., would be a racer. For most young kids when they’re growing up, their parents attempt to keep them in a quiet environment. But that wasn’t the case for Hedgecock.

Even as a young boy, Hedgecock loved hearing the sound of a racing engine. And that was probably a good thing, considering the Hedgecock family has been in the business of building racing engines since before he was born. | Weekly results | Weeklly slideshow

When the Hedgecock name is mentioned in motorsports, it commands attention from all over the country. Since Hedgecock’s grandfather, Mike Hedgecock, founded Eagle Racing Engines in east Tennessee more than 30 years ago the family’s company has been the source of the horsepower behind many record setting runs for some of the top motorsports teams.

Much of the success of Eagle Racing Engines has come in the drag racing ranks, with the engines powering various drivers to 14 drag racing national championships. Hedgecock’s father Chad is an accomplished drag racer with numerous event wins across the country during an illustrious career that saw him capture an International Hot Rod Association World Championship.

Following in his father’s footsteps, the younger Hedgecock started out racing junior dragsters at 7 and continued drag racing into his teens where among his many triumphs he earned a pair of victories carrying paydays of $5,000 and $10,000.

Hedgecock first got behind the wheel of a Dirt Late Model in mid-2011, competing in the Crate Late Model division at 411 Motor Speedway in Seymour, Tenn., beginning the young driver’s transition to circle-track racing.

“You know, I was very fortunate to have enjoyed a good bit of success in drag racing,” Hedgecock said. “I don’t necessarily know that I had added pressure to win races since my dad had won a lot, but I guess I might’ve put pressure on myself to win. With me starting racing Junior Dragsters at age 7, unless you’ve ever attended a Junior Dragster event you just don’t have a clue how competitive the racing is.

“All I know is when I began racing, I wanted to win. Hey, that’s what racing is all about — winning. You want to take the trophy back home. I learned from an early age that you’ve got to work on your equipment back at the shop, and when you get to the track you take care of business. That’s what I grew up seeing, my grandfather and dad working on the drag car. It’s all about being well-prepared, because if you don’t work on and maintain your stuff, then you’re not going to win.”

Hedgecock is on his way to another stellar season in 2013 with four wins already. On June 15, he tackled the high banks at Volunteer Speedway in Bulls Gap, Tenn., where he set fast-time and led flag-to-flag for the $2,000 victory in a Limited Late Model special event. He followed that up by winning for the third time at 411 on June 22.

“Making the transition from drag racing to driving a Dirt Late Model, that was a big change for me and the type of racing I’d grown up around,” Hedgecock said. “But I’m getting to the point to where I’m feeling pretty comfortable driving these (Dirt Late Model) cars. Sure, I’m still learning. But I develop a better understanding of what it takes to drive the car each race I run.”

Along with keeping the family name going in racing, Hedgecock is also learning the family business, working alongside his grandfather and father during the week at Eagle Racing Engines.

“I’ve got to say, getting to work with and be around my grandfather and father every day, it just doesn’t get any better than that,” said Hedgecock. “Sure, I guess there are times we might get on one another’s nerves a little, but it’s all about family. Growing up as a boy and hanging around the race engine business, I knew that’s what I wanted to do one day. I wanted to build race engines and also drive a race car.

“Going racing with my family on the weekends, what boy wouldn’t love doing that? I guess you could say I’m living the dream, getting to race a Dirt Late Model. I love it. Who knows where racing will take me. But I know I’m very appreciative for all the racing opportunities my family has given me. I’m truly blessed and thankful.”

• With his second straight victory at Stateline Speedway on June 22, Dick Barton of Ashville, N.Y., has 77 wins at the Busti, N.Y., oval and is within two victories of the track’s all-time leader, Bob Schnars.

• On June 22 at West Liberty (Iowa) Raceway, Kurt Kile of Nichols, Iowa, rallied from his 20th starting spot for a victory while debuting a new GRT Race Car.

• Although he pitted on the 10th lap, Trevor Glaser of Tangent, Ore., roared back June 22 at Willamette Speedway in Lebanon, Ore., for his sixth victory of 2013.

• Veteran Ed Ferree made a rare start at Pittsburgh's Pennsylvania Motor Speedway on June 22, but it was his son Alex Ferree who won the main event. The elder Ferree contended before he was sidelined midway through the race. Alex enjoyed a two-victory weekend June 21-22 at Lernerville Speedway in Sarver, Pa., and PPMS.

• Leading all but one lap, Johnny Chastain of Murphy, N.C., captured his first Dixie Speedway feature victory on June 22 in Woodstock, Ga.

WISSOTA: After a shakeup through June 15 events, Zach Johnson of Kensington, Minn., has jumped to the top with 468 points. Jeff Wildung of Nassau, Minn., (451) is second with Kyle Peterlin (416) of Hibbing, Minn., third.

AMRA: Reigning champ Chris Garnes of Evans, W.Va., stretched his lead to 44 points over Andy Bond of Coolville, Ohio, with Ronnie Mayle of Chesterhill, Ohio, another 23 points back in third.

ULMA: Reigning champ Jason Russell of Henley, Mo., has moved back to the top of the standings as the Missouri-based series enters a three-race weekend. He leads Justin Russell and Chris Cox.

NeSmith Chevrolet Series: Sid Scarbrough of Florence, Miss., broke a tie with Derrick Mackmer of Purvis, Miss., to lead by three points as of June 24, and Noah Daspit of Kiln, Miss., moved by Mackmer for second.