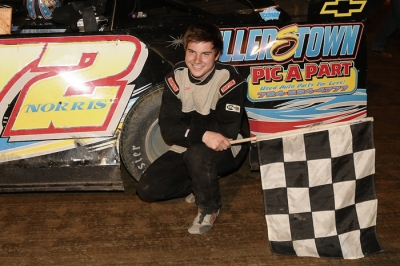 Alex Ferree of Saxonburg, Pa., was second at the finish of Saturday’s race with Keith Barbara of South Park, Pa., just behind in third and Brandon Burgoon of McDonald, Pa., and Donnie Moran of Dresden, Ohio, rounding out the top five finishers.