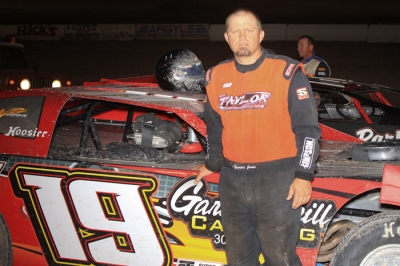 Jones, who started outside the front row, took the checkers ahead of 11th-starting R.C. Whitwell of Tucson, Ariz., who was going for a sweep of a two-race CDM weekend. Whitwell won the previous night at El Paso Speedway Park.

Jones pocketed $1,200 for the victory over Whitwell while hometown driver Garrett Alberson was third for his second top-three finish of the weekend. Lonnie Parker Jr. of EL Mirage, Ariz., and 18th-starting Brad Williams of Tucson, Ariz., rounded out the top five in events co-sanctioned by the Southwest Dirt Racing Association.