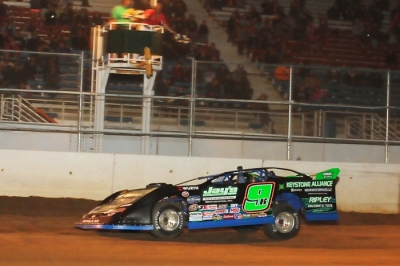 Rob Blair of Titusville, Pa., briefly overtook Knight at the point, but the move was negated by a caution flag. Blair settled for second ahead of David Scott of Garland, Pa. Tim Fuller of Watertown, N.Y., and Dick Barton of Ashville, N.Y., rounded out the race’s top five finishers.