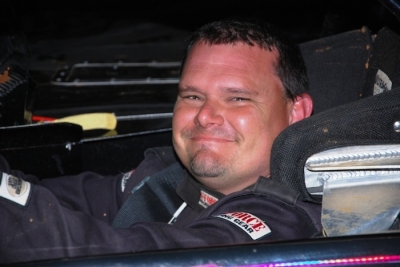 A light shower before the main event required the track to be rolled back in, and Skinner took command over the pole-starting McElhiney when things got under way. Josh Putnam was third followed by English with a few cautions slowing the action, including on lap 27 when David Seibers slowed on the backstretch, dropping fluid on the track.

Putnam repeatedly trying to get past McElhiney, and finally did on the restart with three laps remaining. But officials ruled Putnam jumped on the restart, and he elected to retire. Skinner stayed in control the rest of the way for the victory.