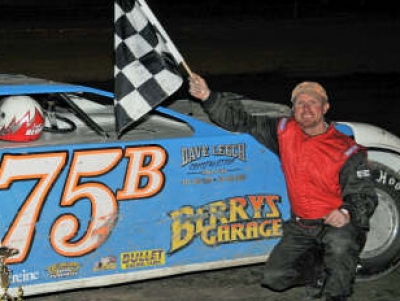 Notes: WDRA has scrapped the pole dash for 2008 in favor of drawing for a random invert of the first four rows. ... Sunny skies and 60-degree temperatures greeted racers at the Sean Gibbs-owned track. ... Corey Smith of Helper, Utah, debuted a new all-black car. ... Michael Wright dropped out of the second heat when he lost a fuel pump belt. ... The series returns to Olathe for a May 23 event.