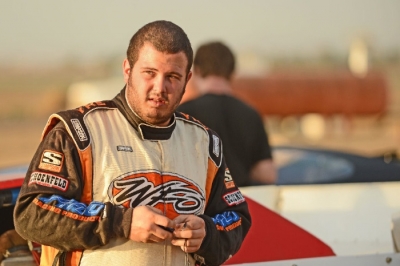 The West Coast Late Model Shootout is set to kick off its fifth season with a busy four-race stretch that visits three dirt tracks in three different states over an eight-day period.

Canyon Speedway Park in Peoria, Ariz., gets the action started with the two-race Copper on Dirt event March 1-2. The series will then travel to Las Vegas (Nev.) Motor Speedway, for a mid-week show with the World of Outlaw Sprint Car Series on Wednesday, March 6 before closing out the busy stretch with a return to Bakersfield (Calif.) Speedway March 9.

"I'm excited to get the season underway," series promoter Chris Kearns said. "With as many races available in our season openers, it has attracted drivers to run with us. Fans will get to see the top drivers on the West Coast compete."

Drivers from California, Oregon, Arizona, New Mexico and Minnesota have confirmed that they will be in action.

Joining them at Canyon Speedway Park will be NASCAR's Kenny Wallace aboard the Papich-Toste Racing No. 91w. Wallace competed with the team at Canyon Speedway Park in November where R.C. Whitwell of Tucson, Ariz., found victory lane becoming the only repeat winner of the 2012 season. Two-time and defending series champion Clay Daly of Watsonville, Calif., put up a challenge, taking the lead before a caution came out and handed the point back Whitwell for the restart.

"We're happy to be starting our season at home following the West Coast Late Model Shootout as well as Bakersfield and Santa Maria," said Daly, who competed in Arizona in January in the Winter Extreme at Tucson International Raceway aboard Pete Van Iderstine's No. 32b with a best finish of 7th. "We're looking to step up our campaign from last year. We want to bring back our success we had in 2011 with three championships and repeat it this season. It will require a little more focus and traveling but we are ready to take it on."

The West Coast Late Model Shootout will be accompanied at Canyon Speedway Park by USAC Sprints, USAC Midgets and IMCA Modifieds, with 2012 Indy 500 starter and USAC National Champion Bryan Clauson, Casey Shuman and Rico Abreu as a few of the hot shoes that will be competing with USAC.

Pit gates will open at 4 p.m. and the front gate at 5 with racing beginning at 7. Discounted tickets are available at $20 per or $25 the day of the event. IMCA, USAC and West Coast Late Model memberships will be honored at the pit gate. Pit passes are $30 for members and $35 for non-members. For more information and advanced tickets visit www.CanyonSpeedwayPark.com.

The West Coast Late Model Shootout made their debut at The Dirt Track at Las Vegas Motor Speedway in 2012. Seven states and one Canadian providence were represented in the 31-car field. Don Shaw of Ham Lake, Minn., started the feature from eighth, running along the top of the track and charged his way to the front picking up his first career victory on the West Coast. Shaw will be back in competition at The Dirt Track and has momentum coming off of a big win at the Wild West Shootout at Central Arizona Raceway in Casa Grande, Ariz., in January. The feature event at The Dirt Track will pay $3,000 to win and at least $500 to every starter.

The World of Outlaw Sprint Car Series will also be in competition along with IMCA Modifieds and IMCA West Coast Super Stocks. Kenny Wallace will be making the transition from a Super Late Model to IMCA Modified. Pit gates will open at 2 p.m., and the front gate at 4 with racing beginning at 6. IMCA, USAC and West Coast Late Model memberships will be honored at the pit gate. Membership pit passes are $35 and non-members $50. General admission tickets are $39. For more information visit www.lvms.com/dirt.

Bakersfield Speedway did not host a West Coast Late Model Shootout race in 2012 but returns in 2013 with two. The last time the series appeared was at the Budweiser Nationals in 2011 with their own "Dominator" Brad Pounds finding victory lane. In an unsanctioned event last season, Pounds defended his title and comes in as the most recent West Coast Late Model and local Late Model winner. The feature event will pay $2,000 to win and at least $400 to every starter.

IMCA Sport Mods, Hobby Stocks and American Stocks will be in action on the undercard. Pit gates will open at 2 p.m. and the front gates at 4 with racing beginning at 6. General admission tickets are $15 for adults and $5 for kids 6-12. West Coast Late Model memberships will be honored. Pit passes are $40 for members and $45 for non-members. For more information visit www.BakersfieldSpeedway.com.

You can follow the West Coast Late Model Shootout on the web at www.WestCoastLateModels.com and Twitter at www.twitter.com/WCLMShootout