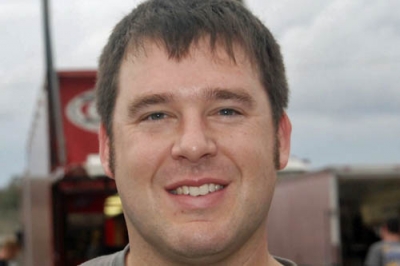 In re-engineering its focus on its fledgling Longhorn Chassis, Bobby Labonte Racing has hired an engineer to lead the way.

Besides his engineering education and experience in developing driveline components for CV Products, a division of Xceldyne Technologies, Rumley brings a wealth of racing experience in fielding Dirt Late Models with his father Lee Roy with K&L Rumley Enterprises, a team that has operated successfully more than 50 seasons.

“Engineering support has become a larger part of racing, especially at the highest levels,” Labonte said. “We want our Longhorn Chassis to be the best possible choice for all our customers and also be able to help them win with it. I feel that the addition of Kevin will elevate the Longhorn Chassis to where we want it to be.”

Pearson, whose lone victory since the team switched to Longhorns came in the 2010 Dirt Track World Championship, excitedly welcomed Rumley to the operation.

“He loves a challenge ... if he doesn’t understand something, he’s going to find out out what it takes to understand it,” Pearson said. “A lot of engineers you talk to get way over your head, but he can bring it down to earth where we can understand it.”

Pearson’s operation will continue to be led by crew chief Anthony Burroughs, but a second team — owned by the Rumleys — will race part-time out of Labonte's shop.

“I can think of no better situation than what has taken place here with these people,” Pearson said. “It’s going to be a great situation. .... we already had a great relationship, and I think this will make it better.”

Rumley has hit the ground running at Labonte’s shop, Pearson said, adding he'll be an asset with the chassis, shocks, engines and other parts of the operation.

“This is something really new for me, but at the same time it isn’t,” Rumley said. “I have used my experiences as an engineer with my race cars, with success, for many years. And now, to bring my knowledge and skills to the Longhorn Chassis and Bobby Labonte Racing is an opportunity to combine all our ideas to create a superior product. It’s something we are all pretty excited about and we’re already working on 2013.”

In a sport where in-house chassis brands gained popularity in recent seasons, Pearson knows that Longhorn hasn’t kept pace with spotty success mostly with regional drivers like Dustin Neat and Chris Simpson while Pearson carries a two-year victory drought into 2013.

“We’re not where we need to be,” Pearson said. “We know we gotta get better, and for what Kevin can bring to the table, along with his daddy, and have Shaver along with the whole program, we feel, as a group, me and Bobby and all the guys at the shop there, we we can jump probably years” ahead to catch up to more established chassis builders.

“We know this stuff doesn’t happen overnight,” Pearson added. “They have years and years and years developing their chassis, and this is our second year going into our third year. ... We were kind of moving too slow, we felt. And to bring Kevin aboard, this will bring us up at least a couple of years.”

Pearson, who finished a career-worst sixth in Lucas Oil Series points during a winless 2012, has set a goal of running among the top three in series points in 2013, then gunning for a championship in 2014.

“If you’re off a tenth (of a second per lap) nowadays, you’re going to run 10th or 12th,” he said. “And that’s the way it is. We’re off that tenth every week and we feel like Kevin can bring us up to where we need to be.”