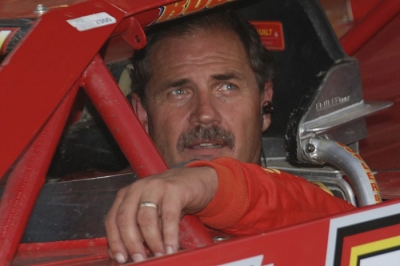 R.J. Conley has had solid finishes in the Red Buck Dirt Track World Championship before, but the Wheelersburg, Ohio, driver knows that this year’s DTWC may present the best opportunity he’s ever had at cracking the top five or even better in the Carl Short-promoted crown jewel. | Complete DTWC coverage

Fresh off wrapping up his fourth Super Late Model championship at Portsmouth (Ohio) Raceway Park last month, Conley leads a strong list of Portsmouth regulars as the 3/8-mile oval located less than a half-hour from his home gets set to host the $50,000-to-win Lucas Oil Late Model Dirt Series event for the first time this weekend.

“We feel like we could race against anyone anywhere and beat them,” said Conley, whose best previous DTWC finishes are a ninth-place effort when the event was held at West Virginia Motor Speedway in Mineral Wells, W.Va., in 1999 and a 10th-place finish last year at Atomic Speedway near Chillicothe, Ohio. “But to get a big race like the Dirt Track World Championship at your home track, you definitely want to make the most of that.”

To break through in the prestigious event, Conley will have to top an entry list that will include most of the sport’s top talent. But with his years of experience at Portsmouth’s 22-year-old track and the momentum of his solid season, Conley believes he’s up to the challenge.

“I really think we can run with any of those national touring guys,” Conley said. “I feel that if the track comes to my liking, and we’ve got the car right, then I think I can outrun all of them.

“We’ve got more laps at Portsmouth than probably anybody. I know just because you’ve got those laps don’t mean a whole lot, but I think it does give me a little bit of an advantage.”

It won’t just be the national invaders that Conley will be competing against this weekend. Portsmouth boasts one of the nation’s best rosters of regular competitors. Having raced against the likes of Jackie Boggs, Eddie Carrier Jr. and Josh McGuire all season at Portsmouth has helped Conley better prepare for this weekend’s major event.

“When you’ve got me and Boggs and McGuire and Carrier in there every week, it’s pretty tough. We’ve got to run like it’s a big race every weekend,” Conley said. “We’d like to show them we can run with anybody at our local tracks because we really feel that Portsmouth is one of the toughest tracks to race at weekly.”

Conley would like to better his previous best DTWC finishes by scoring at least a top-five. But just like most drivers headed to Portsmouth this weekend, Conley will do his best to claim the $50,000 winner’s paycheck.

“I’d love to go out and win it. That’s what we’re trying to do, and I think that we’re capable of winning it. But if I can get a top-five I’ll be happy,” Conley said. “But then if I get a top-five, I’ll think ‘Darn, I should have won it.’ So I guess really I won’t be completely satisfied unless I win the thing.”

NO PRESSURE FOR OWENS: A year ago, Jimmy Owens of Newport, Tenn., had to play it safe on his way to a runner-up finish in the DTWC at Atomic Speedway while he kept Scott Bloomquist at bay in the chase for the Lucas Oil Series championship. There won’t be any points pressure for Owens this weekend as he and his Mike Reece-owned race team head to Portsmouth already celebrating their second consecutive Lucas Oil title. With an insurmountable 430-point lead entering the weekend, Owens, who finished second to first-time DTWC winner Don O’Neal last year, can fully focus on adding his first DTWC trophy to his already-expansive trophy case.

TOP ROOKIE AIMS TO FINISH STRONG: Jonathan Davenport of Blairsville, Ga., will enter this weekend's event with the Quarter Master Rookie of the Year Award already in hand, but the 28-year-old driver and his Georgia Boot-sponsored Clint Boyer Racing team have plenty to race for at Portsmouth. Davenport, who entered his first full season on the national tour already with two series victories to his credit, hasn’t reached victory lane on the series all season. After scoring his third runner-up finish of the season Oct. 6 at Dixie Speedway in Woodstock, Ga., Davenport will no doubt be gunning to end the series with a major win this weekend.

O’NEAL AND BLOOMQUIST ENTER DTWC NECK-AND-NECK: Defending race winner Don O'Neal of Martinsville, Ind., will have two things on his mind this weekend at Portsmouth: claiming his second consecutive DTWC trophy and holding off Scott Bloomquist for second in the Lucas Oil Series standings. O’Neal, who hopes to become the first back-to-back DTWC winner, is just 30 points ahead of Bloomquist in the series standings entering the weekend. O'Neal also leads the series with 11 victories this season.

MORE SERIES COMPETITION: While Owens and Davenport have wrapped up the series title and Rookie of the Year honors respectively, there are several other important points categories that will be decided by this weekend’s action. The inaugural DirtonDirt.com Crown Jewel Cup points standings is a close battle among the top four drivers in the series. O'Neal leads this points category by a mere 25 points over Steve Francis while Owens and Bloomquist are both also well within striking distance. The Crown Jewel Cup is based on a driver’s finishes in the tour’s 10 crown jewel events, including the DTWC. … Owens leads the E3 Spark Plugs TV points category heading into the season finale. Owens has earned the most points at the nine televised races held so far this year, with the DTWC being the final of the tour’s 10 televised races. … Owens also leads the Sunoco Race for Gas points category over Earl Pearson Jr. … The Red Buck Fast Time Award for the season is a close battle between Francis, who leads the series with five fast time awards over Bloomquist, O'Neal and Owens, who all have four. … The year-long battle for the COMP Cams Engine Builder of the Year Award comes down to Cornett Racing Engines and Roush Yates Engines. … Other special points categories to be determined at the season finale include: the Allstar Performer of the Year Award, The Ohlins Shocks Chassis Manufacturer of the Year, Optima Batteries Hard Charger of the Year, the Sweet Manufacturer Crew Chiefs of the Year, The Wiles Drive Shafts Heat Race Points of the Year and the ASI Points Challenge of the Year.