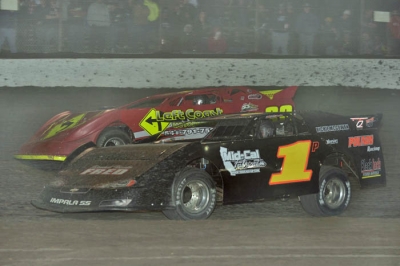 The fourth-starting Pounds, who topped 36 entrants in qualifying, raced to victory in the caution-free 40-lapper for the second year in a row at the third-mile oval.