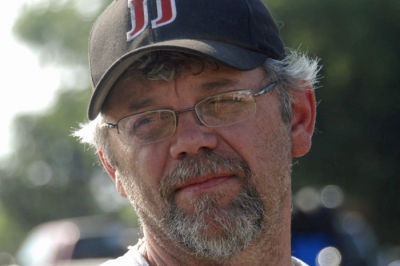 Brian Shirley of Chatham, Ill., stands on the brink of his first-ever UMP DIRTcar weekly national championship as the circuit heads into its final weekend of weekly points racing in 2012.

Shirley, 31, holds a 53-point lead (2,551-2,498) over 1992 champion Kevin Weaver of Gibson City, Ill., entering this weekend’s critical action. After the weekend is complete, the only opportunity left for Late Model competitors to collect points will come in the annual UMP Nationals on Oct. 5-6 at Eldora Speedway in Rossburg, Ohio.

Coming off a successful weekend that saw him push his 2012 DIRTcar UMP win total to 12 with victories on Sept. 21 at Kankakee (Ill.) County Speedway and Sept. 23 at Quincy (Ill.) Raceway, Shirley’s next scheduled sanctioned start is at Eldora. But he can still clinch the national crown this weekend without turning a wheel in sanctioned action.

Weaver’s hopes for a second title two decades after his first remain alive, but he must be virtually perfect the remainder of the way. With the Late Model standings determined using drivers’ best 35 finishes, the veteran racer has three 60-point nights to replace on his ledger and thus could overtake Shirley if he wins three full-point features (bonus points are available based on car count) and Shirley, who has two 65-point nights to replace, does not finish second or better in any race.

Shirley competed Thursday in non-UMP action at Knoxville (Iowa) Raceway on Thursday, an event that continues through Saturday.

Weaver, who has 18 feature wins this season, has three sanctioned events on his schedule this weekend: Kankakee on Sept. 28; Highland (Ill.) Speedway or Federated Auto Parts Raceway at I-55 in Pevely, Mo., on Sept. 29; and Sept. 30 at Quincy.

Shirley is bidding to become just the third driver in UMP history to win the Summernationals title and weekly championship in the same season, joining Indiana’s John Gill (1986) and Dennis Erb Jr. of Carpentersville, Ill. (2007-08) on the select list. The national championship is worth $20,000.