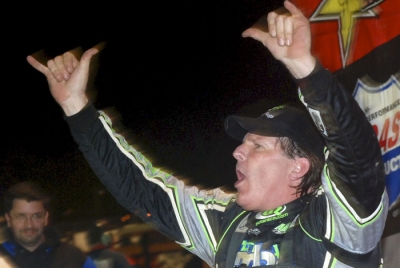 Bloomquist, the only four-time winner of the quarter-mile oval’s biggest event, will have to break a dry spell of nearly three months if he pulls off the threepeat in the 33rd running of the $20,000-to-win event on Sept. 21-22. The race, which pays at least $1,200 to every feature starter, is sponsored by Industrial Solutions Technology of Columbus, Ind. | September schedule/results

Pit and grandstand gates open at 3 p.m. Friday with action including Lucas Oil hot laps and time trials. Also on Friday’s programs are modifieds and the Crate Late Models running the Jackson 50 on the Indiana Late Model Series.

Deery Brothers crown on the line

Aikey leads Eckrich by eight points heading into the Sept. 22 finale. Eckrich would have to finish nine places ahead of Aikey to earn the crown. Both drivers have won two series features this seaï¿½son; in the event a further tiebreaker is needed, Eckrich holds a 3-2 edge in second-place fin through the first 19 events.

If unable to qualify through their heat or consolation races Saturday, both Aikey and Eckrich are guaranteed starting spots in the 24-car main event through provisionals.