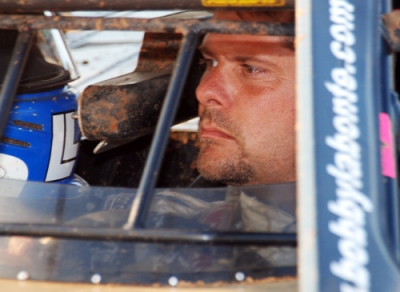 "The doctors did a great job with this cast that hopefully I can still drive the car well enough to be competitive this weekend," Pearson said in a press release. "Bobby sent me to a doctor that has experience with these kinds of injuries with racers and he determined that the wrist should heal fine without surgery."

Pearson experienced discomfort following the turn-four accident at Lowe's, but he didn't seek medical attention until April 22, when a doctor in his hometown of Jacksonville, Fla., discovered the fracture. — Wayne Castleberry

The second annual Super Clean Diamond Nationals on May 9-10 at Lucas Oil Speedway in Wheatland, Mo., will feature some additional competition besides the $40,000-to-win feature event. Scheduled is the Integra Shocks Crew Chief Challenge and the ASI Raceway Best Appearing Team award.

During Friday's preliminaries, the crew challenge will take place on the frontstretch. Teams will first change right-rear tires on the clock. The three fastest teams will advance to the second round and must change a right-front shock and right-front tire in a timed stop. The winning team will pocket $1,000 from Integra Shocks, and the second- and third-place teams will also receive cash awards.

For the best appearing-team award, teams are encouraged to wear team uniforms during the crew competition as well as having their cars in tip-top shape. The winning team will receive $500 and a product certificate from ASI. "One of the goals that we discussed with (ASI's) Gene (Ullmann) was to encourage the race teams to put more emphasis on their team appearance, especially for TV shows," said series director Ritchie Lewis. "Hopefully with this award and incentives more teams will step up in their team uniforms and appearance." — From series reports