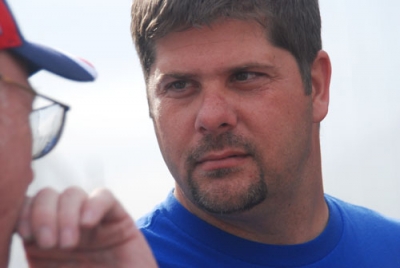 Pearson, the three-time and reigning Lucas Oil champion, caught his hand in the steering wheel of his No. 44 on the 82nd lap at the Concord, N.C., track when he was collected in a turn-four wreck that also involved drivers Doug Horton and Scott Bloomquist. He experienced some wrist discomfort after the race and while spending a few days around Charlotte and his team's Bobby Labonte Motorsports shop, but Pearson didn't visit to a doctor until returning to Jacksonville after continued bruising left the wrist black and blue, Castleberry said.

Pearson is scheduled to visit a Jacksonville doctor again Wednesday, but Labonte, a former NASCAR Sprint Cup champion, has explored the possibility of finding a doctor with NASCAR connections to treat Pearson. A decision on when Pearson can return to racing hasn't been made, Castleberry said.

Pearson has two victories — both at Golden Isles Speedway near Brunswick, Ga. — but two injury-causing accidents have marred his 2008 season. Pearson's violent, flipping Feb. 16 wreck at Volusia Speedway Park on the final night of Florida Speedweeks knocked him unconscious and triggered Labonte to implement stricter safety standards for the team's Dirt Late Models. Pearson returned to the driver's seat on March 13 with an on-board fire extinguisher, additional roll-bar padding, a new ButlerBuilt seat with more protection for his head and neck and a HANS head-and-neck restraint unit.