Shaver, Francis on the front row for USA 100 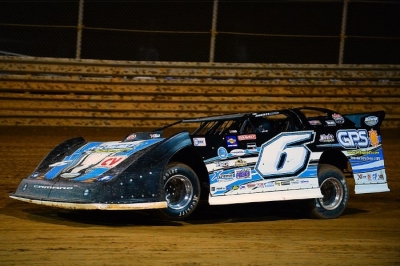 Driving the K&L Rumley Enterprises-fielded Rocket Chassis, Shaver took the lead at the start of the first 25-lapper. The caution flew with one lap complete when series points leader Jimmy Owens of Newport, Tenn., spun in turn two.

Chris Madden of Gaffney, S.C., challenged Shaver for most of the race until a caution with three laps to go cost Madden a runner-up finish. Jared Landers of Batesville, Ark., was able to outgun Madden on the restart as he stayed close to Shaver until the checkers flew.

In the second heat, Francis, driving the Valvoline-sponsored Barry Wright Race Cars house car, stormed into the lead at the outset. Lathroum stayed within striking distance of Francis early, but Francis clearly had the best car on the track as he pulled away to win by more than a straightaway.

Lathroum was able to hold off the trio of Jonathan Davenport of Blairsville, Ga., John Blankenship of Williamson, W.Va., and Don O'Neal of Martinsville, Ind., to earn the fourth starting spot in Saturday’s main event.

In qualifying, Jimmy Owens set the Red Buck Fast Time among 25 entrants with a lap of 17.456 seconds.