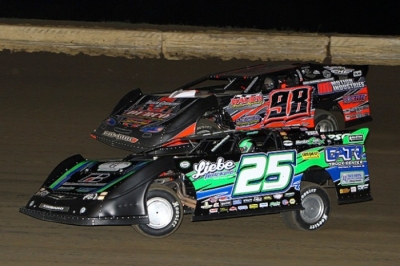 The elder Simpson’s $3,000 triumph was his fourth of the season on the tour and the sixth win by a Simpson in the past seven series races.

Ninth-starting Tim Isenberg of Marshfield, Wis., was third at the finish followed by Jason Rauen of Farley, Iowa, and 14th-starting Denny Eckrich of Tiffin, Iowa.