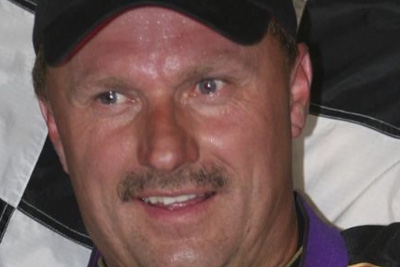 Three of the drivers who took the green flag at the first-ever Deery Brothers Summer Series event are scheduled to do the same at the 400th.

Two-time Pepsi winner Jeff Aikey brings the point lead and his pursuit of a seventh series championship to West Burlington. Jay Johnson, fifth in the standings, won the first-ever tour event, held at 34 on April 11 of 1987 as well as the 1997 Pepsi. Darrel DeFrance is seventh in points and will extend his perfect attendance mark to 400 consecutive events Saturday night.

All three go into the 16th of 20 events on the 2012 schedule armed with provisional starts, based on their current point totals. Each is virtually guaranteed a spot in the 24-car field if unable to qualify through their heat or consolation races, or for passing the most cars in those two races.

“It’s always exciting to go to the Pepsi,” said Aikey, who counts the 1998 and 1999 events among his series career-best 56 feature wins. “There’s always pretty tough competition there and hopefully we’ll have a good night. We’ll do our best.”

Aikey has a win, nine more top-five’s and no finish worse than 11th so far this season.

“Where else do you see a series where the first and second place drivers are so close after this many races?” asked Aikey, who leads defending race winner Andy Eckrich by 11 points. “I sure would like to win my seventh championship, but I’m sure it will come down to the last night.”

Johnson’s Pepsi win came the year before the event was added to the Deery schedule. He’s got a pair of runner-up finishes to his credit since then and was fourth in the 2011 race.

“The Pepsi is the biggest race for IMCA Late Models that comes to West Burlington. I’ve had a lot of laps in that race and hope I have a good car again Saturday night,” said Johnson, also champion of the series in its third season. “It’s always a very competitive race. I know a lot of friends will be there so a lot of other good cars will show up, too.”

“With the IMCA Late Models, you can probably see as good a show compared with a lot of the other Late Model series,” Johnson added, plugging IMCA’s engine, tire and body rules for the division.

Ever the optimist, DeFrance hopes to improve on a career-best third-place Pepsi finish.

“Stuff that doesn’t happen to us at any other race always seems to at the Pepsi,” he said, “but I’m thinking this will be our year. Of course, I think that every year.”

He’s followed the series to 41 tracks in six states over those years, winning 13 times.

“I like going to different places, mixing things up from where we race weekly. It’s been fun to do that,” DeFrance said. “Back when the series started, I never thought about how long it would go. I never figured I’d be going this long, either.”

Grandstand admission is $18 for adults, $15 for seniors and students, and free for kids 10 and under accompanying a paying adult. Pit passes are $30.

34 Raceway has hosted 46 previous tour events, more than any other track.ï¿½ Boone Speedway is next on that list with 38 and is the site of series event number 401, on Monday, Sept. 3, opening night of the IMCA Speedway Motors Super Nationals.

Six hundred and fifty-eight different drivers have qualified for one or more of the first 399 series feature events.