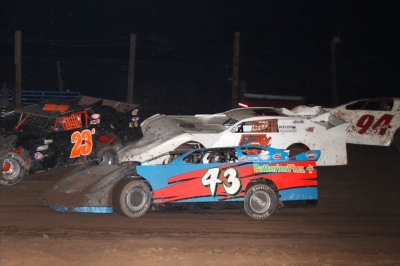 The third-starting Lewis took the lead from Garrett Higgins of Aztec, N.M., and never looked back in racing to the $1,200 payday. Lewis also won the previous night at El Paso (Texas) Speedway Park. | Slideshow

While Lewis took the victory at Las Cruces, the battle for the second spot was a tight one with Lonnie Parker Jr. of El Mirage, Ariz., coming out on top over fellow Arizona driver R.C. Whitwell of Tucson. Higgins and hometown driver Garrett Alberson rounded out the top five.