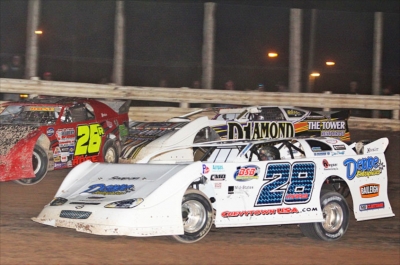 WDLMA weekly points leader Russ Scheffler of Waukesha, Wis., led the first four laps, but it was all Mars after that as he ducked to the inside in turn two and cruised the rest of the way in the caution-free 40-lapper.

The pole-starting Scheffler settled for second ahead of his brother Rick Scheffler, the only other driver who managed to stay on the lead lap during the onslaught. Outside front-row starter Brett Swedberg of Shawano, Wis., was fourth and 13th-starting Nick Anvelink of Navarino, Wis., rounded out the top five.