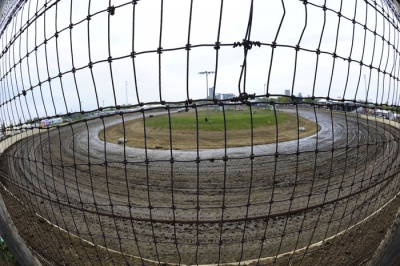 Farmer City Raceway wasn’t built in a day. And as Lance Spieker well knows, the quarter-mile oval on the Farmer City, Ill., fairgrounds won’t rebuild its reputation or its outdated facility in a day either.

Spieker, the Farmer City Fair Board chairman who oversees the 71-year-old racetrack, is in charge of overhauling both the track facility and the track’s management after a string or turmoil forced Farmer City to cut its season short.

“It’s going to be a long process,” Spieker said. “We’ve got a lot to sort through, but we’re committed to getting everything back in order and reopening the track in 2013.”

What began as a promising 2012 racing season for Farmer City turned sour when a financial dispute between World Racing Group and then track promoter Jeff Hammer resulted in the track losing its UMP DIRTcar sanctioning.

The resulting dips in car counts and fan attendance, coupled with reports of bounced checks for some drivers at an event last month, further complicated matters before the company insuring the track forced it to shut down to make necessary upgrades to meet minimum safety standards.

The circumstances led the Farmer City Fair Board to not only close the track for the remainder of the season but to also part ways with Hammer, leaving Spieker with the daunting task of upgrading the track’s facility while also finding a new promoter and repairing the track’s tattered relationship with UMP and World Racing Group.

The goal for Farmer City, according to Spieker, is to reopen next spring with UMP sanctioning for its weekly Friday night events along with hosting the Illini 100 for the World of Outlaws Late Model Series and the a UMP DIRTcar Summernationals event. Spieker hopes to hire a new promoter to lease the track, but said the fair board will operate the track internally if necessary.

Securing UMP sanctioning for 2013 will no doubt be a critical step in Farmer City’s rebuilding process. After all, the initial loss of UMP had many in the central Illinois racing community quickly talking of gloom and doom for the track.

But according to Hammer, the loss of the sanctioning wasn’t the deciding factor that led to his parting of ways with the fair board. A tough economical environment combined with a disconnect between himself and the board is what Hammer believes ultimately led to the need for a change in track management.

“That was a setback and we lost a lot of cars, but it hurt the racers and the fans more than me,” Hammer said of the loss of UMP sanctioning. “Yeah, we lost a few cars that follow the UMP points and some fans because they come to see the big racers, but we kept going.

“It didn’t help anything. But was it the straw that broke the camel’s back? I don’t think so. It’s just tough with this economy to make a racetrack successful right now, especially if you don’t have everyone involved working on the same page, which is something we all had issues with.”

While his tenure as the track’s promoter may be over, Hammer leaves wishing the best for Farmer City as well as its fans and drivers.

“It’s a great track with a great history, but you got to keep (the facility) up,” Hammer said. “I wish the fair board the best, and I just hope things work out for the fans and drivers sake. The drivers there are great and the fans are loyal. They deserve a great racetrack.”

Hammer’s stint as Farmer City’s promoter wasn’t all ill-fated. Spieker noted that after the track sat idle in 2010, Hammer had a solid run with the track until the dispute with the World Racing Group.

“Jeff and his guys turned things around two years ago and had things really going in the right direction, but unfortunately they ran into some issues,” Spieker said. “We just felt it was time to move forward in a different direction.”

Along with working to get back in the good graces of World Racing Group and UMP, the fair board is already working to make the necessary facility improvements to get the track up to the standards set by the insurance company. Spieker estimates that the work is at least 85 percent complete.

“We’ve improved the guardrail all the way around and added more posts,” Spieker said. “We’ve still got to upgrade the press box, and the insurance company condemned the (elevated walkway) the leads to press box, so all of that has to be dealt with now.”

Spieker and the other fair board members aren’t the only ones hoping to have UMP sanctioning once racing does resume at Farmer City. Drivers have expressed their interest in racing for UMP points, including 2011 Farmer City Super Late Model champion Eric Smith of nearby Bloomington, Ill.

“I think they really need to get UMP back,” said Smith, who also competes regularly at Fairbury (Ill.) American Legion Speedway, which host UMP-sanctioned events on Saturday nights. “There’s quite a few Late Models and modifieds around this area that want to run for UMP. There’s really no other Friday track other than Kankakee (County Speedway) and it’s really too far for weekly guys to drive up there every week.

“I just really hope they get the right person in there to run the place. If you get the place fixed up and treat people fair, I think it can be successful.”