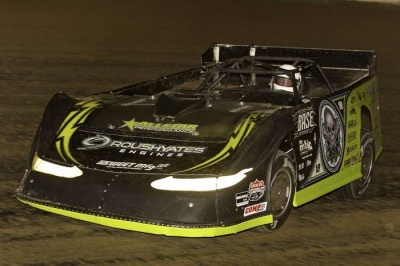 Activities will get under way Thursday with an open practice session. On Friday, Lucas Oil Series competitors take to the track for Red Buck Cigar Time Trials and heat races. Saturday’s action will begin with a special Comp Cams driver autograph session followed by the consolation races and the 100-lap main event.

The race's signature are the Super Late Models running with the roofs removed, giving spectators a better look look at what it takes for drivers to wrestle their cars around the 3/8 mile dirt oval.

Besides the talented Lucas Oil Series regulars, including series points leader Jimmy Owens of Newport, Tenn., the 2009 race winner, regional stars including Hall of Famer Billy Moyer, Wendell Wallace and Jack Sullivan are among those expected.

"We're extremely proud to be the title sponsor of the Topless 100 again in 2012," said Chris Douglas, the Comp Cams vice president of marketing. "Batesville Motor Speedway is a smooth, fast track that always provides a great show for the fans. The passion and devotion of the drivers and teams that compete matches up perfectly with our business model at Comp Performance Group. The whole event is a great fit for us, and to be part of the 20th running is very special.”

"We are very excited to be back at the Mooney and Connie Starr-promoted facility this weekend,” series director Ritchie Lewis said. "It’s a privilege to have great people and great companies like the Starr family and Comp Cams supporting this event.”