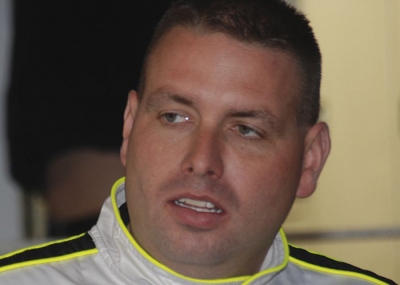 With every lap that Jason Rauen remained in the lead of last year’s USA Nationals Presented by U.S. Steel at Cedar Lake Speedway, the possibility of an upset for the ages became more real.

There was Rauen, an upstart, 31-year-old dirt Late Model driver in position to win one of the country’s most prestigious events in his first-ever start in the USA Nationals — a race that had only been won by established Dirt Late Model stars for its entire existence. | Complete USA Nationals coverage

Alas, Rauen ultimately relinquished the top spot late in the 100-lapper and slipped to fourth at the finish. But it was still a spectacular weekend for the resident of Farley, Iowa, whose memorable performance assured him of spotlight status when he returns to the 3/8-mile oval Aug. 2-4 for the 25th annual USA Nationals.

“To lead what we did and be close to the front at the end, that was a hell of an accomplishment for us,” said Rauen, who had made only two appearances at Cedar Lake prior to last year’s USA Nationals. “It would’ve been great to seal the deal or finish a little better than fourth, but hey, we still finished strong and I think we turned some heads while we were there.

“It’ll be harder to repeat it this year, but hopefully we can just be there that at the end and maybe get another top five — or better.”

Rauen became the talk of last year’s USA Nationals as soon as he topped the talent-laden 54-car field in time trials. He proved his fastest-lap honor was no fluke by dominating the remainder of Friday's qualifying program, winning his heat race and capturing the dash among heat winners to earn the pole position starting spot in the next evening’s USA Nationals.

“When you’re leading and it gets past halfway, you’re like, ‘Man, if it could rain right now it would be awesome,’ ” joked Rauen, who was fully aware of his underdog standing and the nationally-known names chasing him. “But seriously, leading like that definitely builds confidence. We were lapping cars, and we had an awesome-handling race car. That thing did whatever I wanted it to do.”

But Rauen couldn’t keep his family-owned MB2 Customs machine in front to the conclusion of his first-ever start on the World of Outlaws Late Model Series, the national tour that this year will sanction the USA Nationals for the third consecutive season. He fell out of his cushion-pounding rhythm following a lap-65 restart and was overtaken for the lead on lap 78 by eventual winner Josh Richards of Shinnston, W.Va.

“Basically the nut behind the wheel fell out of the seat,” Rauen said. “I ran out of talent — I guess that’s the better thing to say.

“We made a bad choice after that restart. I should’ve stayed doing what I was doing and just stayed in that top lane, but I went to the middle of the track and I lost all my momentum. I hadn’t run there all race, and I kind of buzzed the tires and they got a run on me. Then I tried too hard and gave it up. It’s my own fault.”

Rauen fell to fourth place and finished there, behind Richards, Brian Birkhofer of Muscatine, Iowa, and Jimmy Mars of Menomonie, Wis. He certainly couldn’t help thinking what might have been had he held firm at the race’s helm, but trailing a two-time WoO champion and a pair of repeat USA Nationals victors across the finish line — for a career-best $6,500 payday — was a lesson learned.

“Experience – that was the biggest thing,” said Rauen, whose only previous attempt at the USA Nationals came in 2007 during his rookie year of Dirt Late Model racing and ended with a quiet DNQ. “We had the car, we had the equipment, but them guys do it for a living and I do it for a hobby. There’s a big difference there.

“Maybe if we get a little more experience each year, we can be there and make the right decisions.”

Rauen will enter this year’s USA Nationals with the same car and Pro Power engine combination he utilized in 2011. He’s winless in a modest 15 starts this season through the next-to-last weekend in July, but he’s confident he can rediscover his Cedar Lake magic.

“We haven’t raced a whole lot this year because we’ve been busy at the (family) machine shop and it’s been hard to get away,” said Rauen, whose 2012 performance record includes a visit to Cedar Lake in June for a DIRTcar Summer Nationals doubleheader (he finished 10th in the first feature and didn't qualify the second night) and a WoO appearance on July 7 at Deer Creek Speedway in Spring Valley, Minn. (broke rear end in heat action and failed to qualify). “But we’re running the same stuff we did last year, so if the track is in the same condition hopefully we can be just as good.

“A lot of guys don’t like it when (the track surface) is wide-open like it was last year, but that’s something right up my alley. If they don’t have the track farmed like it was last year it’ll be slicker — and we struggle in the slick — so we’ve got our fingers crossed. I hope they farm it so we can let it rip and give it all we got.”

Racing full-bore at Cedar Lake in the famed USA Nationals is a challenge that Rauen relishes.

“I say this all the time to everybody — I’ll take 100 laps around Knoxville (the historic half-mile in Iowa) before 50 around Cedar Lake,” said Rauen. “It’s just such a tough place. You’re always turning, you’re always on the gas. You don’t have any time to sit down and think.

“There’s some tremendous speed carried there when the track is good. It’s a show that people shouldn’t miss if they like racing.”

The 2012 USA Nationals weekend kicks off Aug. 2, with a $5,000-to-win Corn Belt Clash Series program before continuing with WoO time trials, heats and a dash on Aug. 3. The WoO last-chance events and 100-lapper are set for Aug. 4.

The weekend will also feature complete shows on Friday and Saturday nights for Cedar Lake’s NASCAR Late Models with the winners walking away with $2,500.

Plenty of off-track activities will give once again give the USA Nationals a more-than-just-a-race feeling. Cedar Lake officials will accent the racing with an exciting array of pre- and post-race entertainment, including a Saturday-morning golf scramble at the nearby New Richmond Links Golf Course; a Ladder Ball competition in the wooded camping area at 12 noon on Friday; the popular Apple River Tubing expedition during the afternoons before the races; the Fans Fund Luncheon on Saturday afternoon that allows contributors an opportunity to meet the drivers they helped bring to the USA Nationals; a driver autograph session in the souvenir area prior to Saturday night’s first green flag; go-karts in the backstretch parking lot; the Party in the Pits following the Thursday and Friday programs; and the track’s traditional dramatic driver introductions prior to the USA Nationals A-Main.

Advanced tickets for the USA Nationals are available by calling 612-363-0479 or by visiting cedarlakespeedway.com. Regular camping is sold out but additional spots have been added and can be purchased by calling the number above.

Fans who can’t make the trip to Cedar Lake can still catch all the action through a live pay-per-view broadcast of the event over the web produced by DirtonDirt.com.