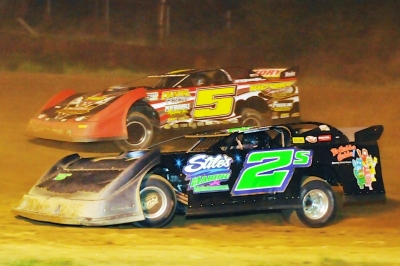 The second-starting Stile beat polesitter Jason Dupont of Cyclone, Pa., to the first corner and held a comfortable lead until lapped traffic came into play late in the race. Dupont and reigning series champion Mike Knight of Ripley, W.Va., both closed in on Stile in the race's final five laps, but the leader picked his way through the traffic to secure the victory.

Knight, who was making his first appearance at Dog Hollow, topped Dupont for second at finish while Boom Briggs of Bear Lake, Pa., and Russ King of Bristolville, Ohio., rounded out the top five in the ULMS tour's first-ever event at the 4/10-mile oval.