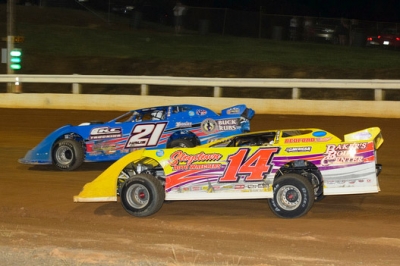 BEDFORD, Pa. (July 4) — Hometown driver Jack Pencil raced to a $3,000 victory Wednesday at Bedford Speedway, the first of his career on the UFO Race Championship Series.

Pencil took the checkers at the 5/8-mile oval over Jason Covert of York Haven, Pa. D.J. Troutman of Hyndman, Pa., Jeff Rine of Danville, Pa., and Scott Haus of Hamburg, Pa., rounded out the top five.

Three tries were required to get the main event under way with polesitter Chuck Clise of Frostburg., Md., finally taking control and building a healthy lead over 10 laps. Haus held the second spot early with Pencil marching forward to take the runner-up spot after three laps.

Further back, Covert and 11th-starting Gregg Satterlee of Rochester Mills, Pa., were ripping through the pack. By the time Pencil eased by Clise to take the lead on the 17th lap, Covert reached the top five with Satterlee just behind.

Pencil was in cruise control out front while Covert continued his assault, moving into third on the 20th lap after overtaking Clise and Rine on one circuit. He took second from Troutman on the 25th lap just before Satterlee’s race ended with a blown tire.

On the restart with 10 laps remaining, Covert challenged Pencil, but the leader scooted away. Covert kept it interesting but couldn’t make the pass the rest of the way. 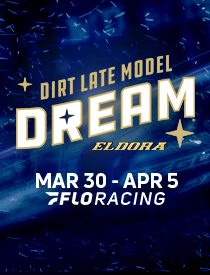