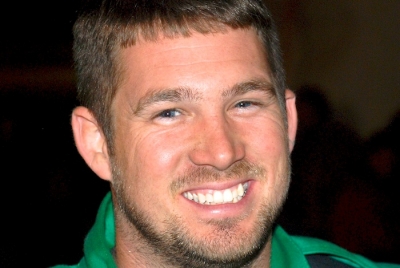 When Lake Cumberland Speedway in Burnside, Ky., released its 2012 schedule, plenty of drivers in southcentral Kentucky were no doubt pleased with the track's special event slate that boasted eight races paying at least $3,000 to the winner.

Roughly a month into the season, none of those drivers have enjoyed Lake Cumberland’s robust schedule as much as Michael Chilton. The Salvisa, Ky., driver has won two of the 3/8-mile oval’s four Super Late Model events so far this season, earning paydays of $2,000 and $3,000 in unsanctioned specials over the past two weeks.

“It’s real convenient for us. We’re pretty good there, and we’ve gotten a lot better over the past few years,” Chilton said of the Brandon Hardgrove-promoted racetrack where he won a $2,000 special on Saturday and the twice-postponed Coca-Cola 40 two weeks ago. “I tore a lot of stuff up there back in the day, but I guess we’re kinda making up for it winning races like this. I just hope we can keep it going.”

Running regularly at Lake Cumberland wasn’t the original plan for Chilton when the season started. Entering his 10th year competing in the Late Model division, the 26-year-old driver had planned to travel more this season and compete in more regional and even national events.

Those plans changed quickly, however, when Chilton realized the benefits of racing close to home for good payouts at a track he ranks among his best.

“We’ve been trying not to go to Lake Cumberland a lot cause we want to run different places and travel some, but with them paying real good and that being my best track, it’s hard to pass that up,” said Chilton, who along with operating his Central Painting-sponsored race team owns Chilton Lawn Maintenance with his father.

“I like going down there, and we wanna support the place, but sometimes you get tired of running the same track and it’s more fun to travel. But then it’s a lot of fun when you’re winning and making money no matter where you’re racing.”

Thanks to his early-season victories at Lake Cumberland, 2012 is already among the best seasons of Chilton’s career. Prior to this season, Chilton had scored just two special-event victories — a $3,000 special at Lake Cumberland a few years ago and the track’s 2011 Harold Hargrove Memorial that earned Chilton a career-high $4,000 payday.

The improved performance this season is no surprise to Chilton, who was expecting to have a solid year after spending 2011 adjusting to the new Revelution Chassis he switched to at the start of year. Switching to the developmental four-bar rear suspension chassis built by Frank Revel was a major change for Chilton, who had spent his entire career to that point driving Rayburn Race Cars with swing arm rear suspensions.

“I feel like our program’s right now better than it’s ever been.” Chilton said. “Going from the Rayburn to the four-bar Revelution car ... it was a big change for me and definitely took some getting used to. Here lately we’ve got it figured out, especially at Lake Cumberland. I think we’ve got it pretty close for that place, and I’m getting better and finally really figuring out how to drive it.”

“I’ve never won two weekends in a row like this, so if we could go back there and make it three in a row this week, that’d be a really big deal for us,” Chilton said. “That would be more money in three weekends than I brought in for the better part of all last year.”

• Breaking a long drought at Delaware International Speedway, Mark Byram of Georgetown, Del., edged Ricky Elliott on Saturday for a Super Late Model victory. “It’s been a long time coming,” Byram said. “I’m glad it finally happened. It takes a lot off of me.”

• Lowering a 20-lap track record, Tim Wilson of McClure, Pa., swept Saturday’s twin Late Model features at Port Royal (Pa.) Speedway. Wilson overtook Mitch Hack with seven laps to go to win the first race, then got past Chad Hollenbeck in traffic in the second feature for his eighth career Port Royal victory. In the second 20-lapper, Wilson sliced nearly a second a lap off the 20-lap record and posted a new mark of 7:16.617.

• At Selinsgrove (Pa.) Speedway, Matt Cochran of Williamsport, Pa., earned his first victory at the track on Saturday. The sixth-starting Cochran overtook leader Donnie Schick on the 20th lap and survived a late-race caution for the 25-lap victory.

• Achieving his second major goal of 2012, Nick Dickson of Lewistown, Pa., won Saturday’s 25-lapper at Hagerstown (Md.) Speedway, his first victory at the historic half-mile oval. “Our to-do list for this year was to win one at Winchester and here, and we did it the last two times out,” said Dickson, who took the lead from Gary Stuhler on the 13th lap and pulled away. “We’re thrilled. To win here is so awesome. I’ve struggled here a lot but I knew I was going to get it.”

• Inheriting the lead after Robby Hensley’s scary rollover accident, Joe Janowski of Carmel, Ind., on Saturday raced to his first career victory at Florence Speedway in Union, Ky. “It was really starting to get interesting when Robby crashed,” Janowski wrote on his team’s Facebook page. “I’m glad he's ok, and would have much preferred to duke it out on the track.”

• Hometown driver Tanner Kerr broke through for his first Limited Late Model victory at Winchester (Va.) Speedway, where the track’s Sept. 1 Greg Kerr Memorial honors his late father. “I can’t tell you what it means to finally win here,” the 20-year-old Kerr said. “I know my dad was riding with me tonight.”

AMRA: With points updated as of April 26, reigning champion Chris Garnes of Evans, W.Va., continues to lead the standings over Ronnie Mayle of Chesterville, Ohio and Bob Adams Jr. of Racine, Ohio.

ULMA: With the weekend’s only sanctioned event getting rained out at Callaway Raceway in Fulton, Mo., Jason Russell of Henley, Mo., continues to lead the standings over Brandon Imhoff of Lake Ozark, Mo., and Chris Hawkins of Neosho, Mo.

IMCA: With the updated standings based only on the first weekend of action April 27-29, Mark Burgtorf of Quincy, Ill., leads the standings over Colby Springsteen of Wapello, Iowa and Tom Darbyshire of Morning Sun, Iowa.

Peoria Speedway: Quarter-mile oval in central Illinois hosts its second of 10 races on its Budweiser Super Late Model Series paying $2,000-to-win on May 13 (a rare Sunday show at the Saturday night track).