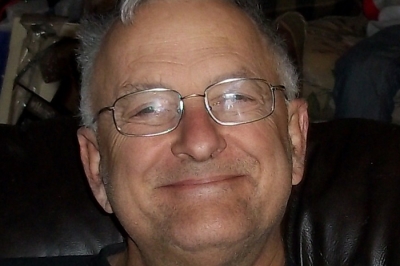 A Dirt Late Model engine builder whose motors were renowned for their power and durability, Russell Baker died Tuesday at his Miami, Okla., home after fighting leukemia since early February. He was 66.

An innovator in developing powerful, smaller motors during the golden era of the Hav-A-Tampa Dirt Racing Series in the late 1990s, Russell Baker Racing Engines powered standout drivers Wendell Wallace, Billy Moyer, Bill Frye, Dale McDowell, Steve Francis and others to victories in some of the sport's richest events over the past 25 seasons.

"Not only has Russell always produced great motors for us, but even more he has always been a great friend and supporter," said Jack Sullivan of Greenbrier, Ark., house car driver for GRT Race Cars. "We've always thought the world of him, and it really hurts to know that he is gone. His spirit will definitely live on at the track, and he will always be on our minds."

Tim Logan of Catlettsburg, Ky., fielded race teams with Baker powerplants and said the engine builder "was like a dad to me."

"He took pride in his business. He wanted everybody to run good that had 'em. Every Sunday morning, if he had your phone number and you were running his product, he called and wanted to know how you'd done," said Logan, who will be a pall bearer at Friday's funeral along with Wallace, Baker's hunting buddy. "He was just one of the good guys. There's not a whole lot of them left. You just can't say it in words the type of guy he was. He was a good person."

Long-time race team owner Willie Sellars of Mayfield, Ky., ran Baker's engines more than 20 years for drivers including Eddie Pace and Steve Russell, and said that "I don't think you'll find anybody else who's an any better person than he was, and he was a darn good engine builder, too. I had a lot of success with his stuff, and the reliability for me has just been fantastic."

Baker, a self-taught machinist who first began building engines when he was 18, switched exclusively to racing engines in the early 1970s and became a force in Dirt Late Model circles in the 1980s. He scaled back his operation and moved to a smaller shop later in his career, but continued innovating with research and development in recent years with an enormous 506 c.i powerplant in conjunction with Logan. Loss of stamina over the winter signaled the leukemia that was diagnosed 10 weeks ago.

“Dad asked if I needed some help in the shop," Bryan said, recounting a day in early February. "I said ‘Yeah, I got a lot to do, if you wanna come down and hone the block for one of these engines.’ He came down and worked on it for a little while and said ‘I’m so tired I can’t hardly stand up.’ That’s when I knew he wasn’t quite feeling right and we went and took him to get checked out.”

With his health failing, Logan, Wallace and others closest to him in the industry made visited Miami, but Baker himself was able to say his goodbyes to dozens of others at April 7's MARS DIRTcar Series event at Thunderbird Speedway in Muskogee, Okla. He relaxed in a motorhome outside turn three and received well-wishers.

“We loaded him up in the truck and we all knew that would likely be his last time to go to the races,” his son said. “He got to watch his guys like Wendell Wallace and Jack Sullivan and got to see all his friends at the races one last time. There must have been hundreds of people come by to see him. He really enjoyed himself that night.”

The trip to the racetrack "was one of his last wishes that he wanted to do ... I was worried about whether he'd make it through the deal," Logan said. "There was a lot of people that knew he was going to be there, and it was like a concession stand line going into the motorhome there (of people) talking to him. It would bring a tear to your eye watching how many people who respected that guy, knowing it was the last time they were going to see him."

Todd Moser, who served as Wallace's crew chief during Baker's heyday, said that "back in the Hav-A-Tampa days, with Russell's motors, he was right there with 'em if not a notch better," especially with the 362 c.i. motors that provided a weight break and became the go-to powerplants on the series. Wallace set fast time using one of the smaller engines on a dirt-covered Bristol (Tenn.) Motor Speedway in 2000.

"You wouldn't have thought that little motor was the way to go, but that's what it took," Moser said. "Wendell went out there and held it on the floor all the way around."

Baker's rise paralleled the GRT house car program, and GRT co-founder Joe Garrison says the relationship with the Oklahoma engine builder led to winning hundreds of thousands of dollars in purses over the years.

"He was always real instrumental in taking feedback. If you needed torque or if you needed smoothness. ... he always wanted to know what we needed and what we felt," Garrison said. "He was always trying to improve and make a better piece."

"One of his best assets, he was able to make those engines stay together and get some durability out of 'em. He was very particular about making the cranks perfect, the rods perfect, everything that went into the engine. It would be the best, and he would give it 150 percent. He never took any shortcuts and he never overlooked any problems," Buzzard said.

"He was probably the pickiest guy I've ever seen in my life as far as doing the machinework. He was always looking for ways to upgrade. ... His stuff ran well. It may not have been the most powerful engine on the track, but he was able to keep those things together and make 'em work."

On summer Sunday nights over the past 20 years, Sellars often picked up his ringing phone to find Baker on the other end. "Well," he'd say in his drawn-out, Oklahoma drawl, "how'd it do?" And Sellars would usually tell about a victory or another strong run for his western Kentucky team.

"He was probably one of the most honest, straightforward people in the business I've ever dealt with. If he told you something was a certain way, you could count on it," said Sellars, remembering one time when Baker provided a free loaner powerplant for most of one season.

When Sellars first connected with Baker, he found that a new engine wouldn't perform until the RPMs hit 8,300 or 8,500, about 1,000 more RPMs than normal.

While Baker's engines haven't been as prominent in recent seasons, Logan said he'd become enthused about the 506 c.i engine that was just 27 pounds heavier than popular small-block engines.

"He really thought that was going to step his Dirt Late Model program back up another notch again," Logan said. "It's right there, but he's not going to get a chance to see it through. ... He was onto something there. It turned a lot of heads and got a lot of people talking about it."

"He was happy. He was content. He was a true Christian. He lived the right life. And he was just going on and telling everybody things were going to be all right," Logan said of a visit in late March, "and we talked about motors and what we could try like he was going to live forever."

Ten or so years ago, Baker stood along the fence line at Joplin (Mo.) 66 Speedway, watching UDTRA's national touring drivers while talking with Buzzard, who he'd known since they were teenagers.

"He said, 'See them guys out there? I used to have every one of them,' " Buzzard remembers Baker saying, "and he went back, pulled up his bootstraps, and he went back to work."

While Baker was just a few years older, Buzzard considered him a mentor and consultant in the engine-building business.

"I've never known anybody that had anything bad to say about Russell. He was just a wonderful guy. And over the years, we had our tussles and arguments ... and it was over five minutes after we hung up the phone. It didn't matter," Buzzard said. "I'm going to miss him. He called me all the time, or I called him, just to see how he was doing, how to talk about business, or complain about business ... he could always make me laugh. Most of the time I had to hang up the phone so my ribs wouldn't fall out.

"He was always friends with his customers and had personal relationships with every one of them, and I think that's what made him special in this type of business," Buzzard said. "I would do anything for that guy and his family. He was a special, special person, and it's going to be hard without him. I'll miss him dearly."

Besides Bryan, Baker's survivors include his wife of 47 years, Sharon, and two daughters, Angie Hay and Alysia Treece. View the complete obituary at paulthomasfuneralhomes.com.