Vaught has high hopes for return to Muskogee 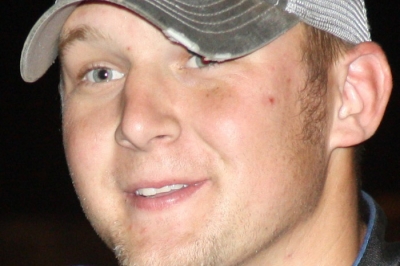 Thunderbird Speedway hosts its first Super Late Model race of the season with Friday night’s Charlie Fulton Memorial, and perhaps no one is more excited to compete in the $5,555-to-win MARS DIRTcar Series-sanctioned event than Will Vaught.

Friday’s race will mark the Crane, Mo., driver’s first visit to the Muskogee, Okla., racetrack since he swept the MARS tour’s doubleheader weekend during his debut at the sprawling, half-mile oval in September.

Vaught will look to make it a perfect 3-for-3 at the Muskogee County Fairgrounds by winning Friday’s event that honors the track co-owner who died in November.

“Hopefully the third time’s a charm, just like the first two,” said Vaught, 25, who drives a Warrior Race Car for his family-owned race team. “I’m definitely looking forward to heading back out there. We went out there last year for the first time I’d ever seen the place and was pretty good. The racetrack kinda plays in my favor. I’m pretty good at big tracks.”

Vaught wasn’t just good at Muskogee last year; he was good on two very different track conditions. His $2,500 victory in the Friday show came on a high-speed and heavy track surface, while he finessed his way to a $3,000 victory on Saturday’s slick surface.

Following his versatile performance at Thunderbird last season, he’s confident he can adapt to the track no matter what condition it produces Friday night.

“It helps that we were good both nights out there last year when the track was so much different; we had a real good car both nights,” Vaught said. “We were pretty good in both track conditions, so I think we can probably be good whatever the track does this trip.”

Last year’s weekend sweep marked a special accomplishment for Vaught, whose Missouri home is less than four hours from the historic fairgrounds oval. He long dreamed of racing and winning on the big racetrack, but had limited opportunities to compete there throughout his career. The track was closed for a number of years and didn’t host any Late Model events from 2003 until 2010.

“I had always heard a lot of stories about the big Muskogee track, but I never got to race there cause it was closed down some years and just didn’t race Late Models,” Vaught said of the track formerly called Muskogee Speedway. “Getting to go out there and run for the first time — and win — that was pretty cool for me.”

There’s no doubt Vought would like to end his winless streak sooner than later, but don’t get the impression that it’s a sign of poor performance. Vaught has been plenty competitive. He scored strong finishes at Knoxville (Iowa) Raceway’s Knoxville Late Model Nationals and at the Dirt Track at Charlotte in Concord, N.C., during the World of Outlaws World Finals late last season and started the 2012 season with a pair of top-three finishes during the Wild West Shootout at USA Raceway in Tucson, Ariz. He’s also recorded two more strong finishes in events at the Texas Motor Speedway in Fort Worth, Texas, and Springfield (Mo.) Raceway this year.

“I feel like we’re in pretty good shape. We haven’t won any races since (Thunderbird), but we’ve had a lot of good runs,” Vaught said. “We’ve got the car I raced in Arizona. It came out of the box real fast and the car we had at the end of the year last year has been real fast, too. We had a good enough car to win Texas and a good enough car to win Springfield, but luck just has to go our way. If we can get a few breaks, I think we’ll win a few races this year.”

Vaught’s strong runs have come in spite of a major shakeup in his race team midway through last season. Vaught went back to a family-owned program in August after him and car owner Paul McKenna mutually parted ways after a multi-year partnership.

Vaught was quick to overcome the brief setback and credits continued support from car builder Sanford Goddard and everyone at the Warrior Race Car shop for his smooth transition.

“I’m fortunate that since we went back to the family-owned deal we’ve still got really good equipment and Sanford and everyone at Warrior has helped us out so much. I’m very lucky to have what I’ve got,” Vaught said. “There’s always gonna be some bumps in the road, but I’ve always been pretty confident with myself and I know Warrior cars are always gonna be good. We’ve consistently ran in the top five in a lot of races. As long as we stay up there we’ll get some things to go our way and start winning some races.”