IMCA notes: Tour gets jump on season at Farley 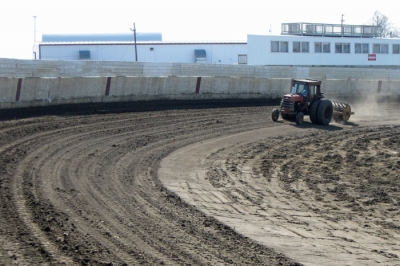 Iowa's Farley Speedway rolls out the red carpet this Saturday, March 31 for one of the earliest opening night events in Deery Brothers Summer Series history. The 26th annual tour for IMCA Late Models gets off to a fast start with a $2,000-to-win feature.

The home of the Yankee Dirt Track Classic, Farley has hosted six previous Deery events and has yet to see a repeat winner. Mike Murphy Jr. of Colona, Ill., and Decorah’s Tyler Bruening both raced to tour career first victories at Farley last season.

Guss is the two-time defending Deery Series champion. Aikey leads all drivers with 55 career wins on the circuit along with six tour championships.

A new promotional team is in charge for the 30th season of IMCA racing at Independence (Iowa) Motor Speedway.

“We’re going to do everything we can to make sure the track is as good as possible every week and to get more people in the grandstands,” promised Burco, the Late Model champion at Indee in 2000. “We’ll do our best to get people here and to make sure they have a good time.”

The first project has been reshaping the racing surface. Dirt that had eroded into the infield was scraped up and used as a new base before 100 truckloads of dirt were added to the track. Summers, nicknamed “The Dirt Man,” is a contractor by profession and has done much of that work himself.ï¿½ï¿½ï¿½ï¿½ï¿½ï¿½ï¿½

“It’s looking pretty good right now,” Burco said cautiously. “I wish we could have gotten on the track last fall because you never know what the weather is going to be like in the spring, but right now I think we’re going to have a perfect track.”

Plans are in the works for expanded concessions and a new grilling area. Burco and Summers are also taking a new angle at getting the word out about the track.

“One of the ideas that announcer Ryan Clark came up with was putting two free tickets in welcome baskets given to new residents in Independence and the surrounding communities,” Burco said. “We’re still toying with some other ideas. We know that it’s going to take some time but we’re going to do everything we can to bring more fans in.”

The second Deery Brothers Summer Series event of the season is April 7 for the $3,000-to-win Slocum 50 at 34 Raceway in West Burlington, Iowa, where High5 Racing adds $6,000 to the regular series purse to boost start money to $500. Half night night's 50-50 proceeds and $1 from every ticket goes to the Brent Slocum Memorial Scholarship fund in honor of the former IMCA driver. ... The Slocum Foundation has distributed $15,000 in scholarships to area students. ... Integra Racing Shocks has renewed a contingency program with the two Late Model drivers with the top combined overall and Deery Brothers Summer Series point totals each receiving $350 product certificates. ... Petersen Aluminum embarks on a second decade as a Deery Brothers Series sponsor with product awards to three drivers. The chamï¿½pion and rookie of the year, as well as the winner of the Sept. 3 main event during the IMCA Speedway Motors Super Nationï¿½als fueled by Cenex, all receive 10 sheets aluminum from the Elk Grove, Ill., manufacturer.