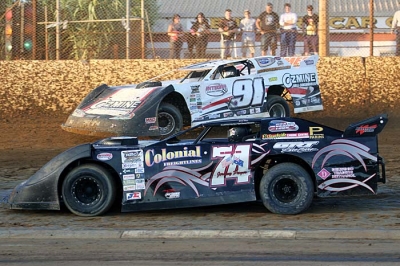 Payne’s victory in his GRT Race Car was enough to earn him the tour championship. Payne finished with 365 points to top Francis and home-continent driver Jamie Oldfield, who tied for second with 323 points in the miniseries that drew 28 drivers. Other U.S. competitors in the points were Doug Drown of Wooster, Ohio (fifth); Steve Shaver of Vienna, W.Va. (10th); and Devin Moran of Dresden, Ohio (22nd).

Francis overtook Payne on lap 10 of Friday’s feature and led the remaining distance to score the victory over Payne and Australian national title holder Brad Blake. Oldfield was fourth with Drown rounding out the top five.

Starting from the outside of the front row, Payne led Saturday’s 30-lap feature flag-to-flag for the win. The remainder of the top five was filled by Australian drivers Warren Oldfield, Ben Ludlow, Jay Cardy and Craig Vosbergen. Francis started from the pole of the race, but was knocked out by a lap-one wreck.