Francis, Payne score victories Down Under 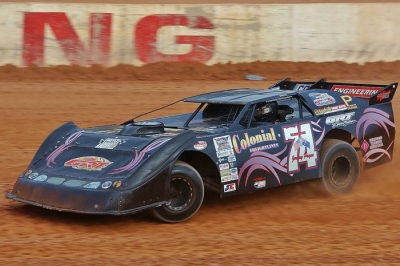 MANIJUMP, Western Australia (Jan. 3) – While most Dirt Late Model racers are spending the offseason working in their race shop and trying to avoid cold weather, a handful of drivers have traveled around the globe to Australia to compete in the Ultratune Morley USA Late Model Invasion Tour.

The first two nights of the tour were held Sunday and Monday at Manjimup Speedway in Manjimup, Western Australia, with Francis capturing a preliminary victory and Payne earning a $2,000 triumph in the first of three rounds of the U.S. tour.

After going winless in 2011 for the first time in many years, Francis of Ashland, Ky., wasted little time before posting a victory in 2012. Francis, a regular on the Lucas Oil Late Model Dirt Series, led Sunday’s 30-lap feature flag-to-flag for a New Year’s Day triumph over the 25-car field.

Former Australian national champion Brad Ludlow was second followed by Shaver of Vienna, W.Va., and Payne of Springfield, Mo. Australian Jamie Oldfield was fifth. Moran of Dresden, Ohio, was 12th, while Drown of Wooster, Ohio, failed to finish the race.

Payne, who announced his departure from Terry Phillips Racing just weeks before heading to Australia, benefited from mechanical woes by both Francis and Shaver in Monday’s second round feature to score the victory.

The three-race tour takes a few days off before wrapping up over the weekend with events at Collie Speedway Friday night and Bunbury Speedway Saturday night.