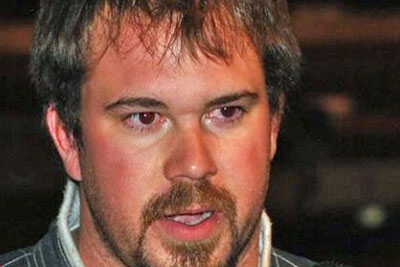 The 28-year-old Davenport, who has more than 40 Super and Crate Late Model victories over the past two seasons, leaves the Barry Wright Race Cars house car team but will pilot a Roush Yates-powered Barry Wright car for Bowyer, a NASCAR Sprint Cup driver with a dirt racing background.

“I’m very excited to welcome Jonathan to our race team,” Bowyer said. “I’ve kept my eye on Jonathan over the past few years and he has done a great job of running up front and winning races. He’s raced at many of the tracks that the Lucas Oil Series follows and I believe he and Jared will compliment each other as teammates.”

“I’m very excited to join Clint Bowyer Racing in 2012,” Davenport said in a news release. “I’ve worked very hard over the years to get this opportunity. It will be great to be a part of an organization that is committed as they are to working to be the best in the country and compete for championships. They have a lot of great people in place and the support of Clint behind them is what really makes this such a good opportunity.”

Davenport will immediately join the CBR operation and begin work with veteran crew chief Tommy Grecco, who turned wrenches for Bowyer drivers McDowell in 2010 and Landers in 2011.