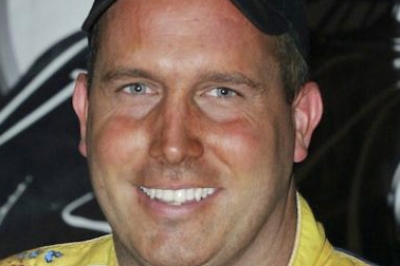 Shane Clanton will pilot a Kennedy Motorsports ride in 2012. (davidallio.com)

Shane Clanton will close one chapter in his dirt Late Model life and begin a new one in 2012.

The 36-year-old driver from Fayetteville, Ga., decided on Monday to make a dramatic change in his career path, leaving Ronnie Dobbins's RSD Enterprises team to join the fledgling Kennedy Motorsports operation as a teammate to 2011 World of Outlaws Late Model Series Rookie of the Year contender John Lobb of Frewsburg, N.Y.

Clanton will remain a regular on the WoO for the eighth consecutive season, but that will be the only thing ordinary about '12 for the hard-charger known as Coconut. He has, after all, entered every event on the national tour since 2005 behind the wheel of a car owned by Dobbins, a Peach State businessman who has fielded dirt Late Models for decades.

"It's gonna be emotional for sure because I've never been on the road without Ronnie," said Clanton, who began a rise from standout regional racer to national stardom when Dobbins hired him in 2003. "This was probably the hardest decision I've ever made in my life."

But according to Clanton, it was a decision he had to make. Since reaching a high point with Dobbins in 2008 when he set WoO career highs in victories (four) and top-five finishes (22) and won the prestigious World 100 at Ohio's Eldora Speedway, Clanton has not met his own expectations. He hasn't cracked the top five in the WoO points standings for three straight seasons and in 2011 managed just one win and four top-five finishes on the circuit, forcing him to seriously reevaluate where he was headed.

"Ever since I started driving for Ronnie, he's said, 'There always comes a time in motorsports for a change,' " remarked Clanton, whose seventh-place finish in the 2011 WoO standings was his worst since 2005, when he placed 10th after missing seven races because of a shoulder injury. "For me and Ronnie, it seems to be the time for that change. We hit a wall — we weren't performing up to what either one of us felt our potential was, so it's best that we do something now rather than wait until later."

With an attractive full-time ride offer from Kennedy Motorsports owner John Kennedy sitting in front of him, Clanton spoke with Dobbins on Monday and went ahead with a headline-grabbing move.

"Believe me, this decision was tough," said Clanton, who was afforded the opportunity to race for a living by Dobbins. "It felt like it just happened overnight, but I thought long and hard about what I needed to do. Ronnie gave me some advice when we sat down and had a long conversation about the whole deal, and then we decided to part ways."

Clanton asserted that his separation from Dobbins was "business" and won't diminish the close bond the two men have forged.

"Our friendship is way more important," said Clanton, who habitually called Dobbins after all of his races to report his results. "There's nothing that you can say bad about Ronnie. I hate that he's not gonna be part of my team anymore, but I hope he's part of my life.

"The friendship that me and him built over the past nine years is pretty special to me. I mean, Ronnie and his wife Janice knew me as a kid growing up, so it's more than just him being my boss, you know what I'm saying? Him being my car owner developed into more of a friendship than a business, and that's the way I want to keep it.

During the 2011 season Clanton became friendly with Lobb, a 42-year-old veteran of the western Pennsylvania-area dirt Late Model wars who followed the WoO tour for the first time with Kennedy's backing. Lobb received some guidance from Clanton, and Kennedy, who served as Lobb's crew chief before moving west to Phoenix in 1998, approached Clanton to discuss the possibility of joining forces.

"I guess they liked the way I approached things and did things," said Clanton, whose 15 career series triumphs places him in a tie for eighth on the tour's win list since 2004. "(Kennedy) asked me if I'd be interested in doing something, and I said, 'I'm not really interested in talking about it until I get done with this season.' Well, he came to me after Charlotte when our season was over and we put this deal together, and now we're gonna move forward."

Kennedy, who heads a Phoenix-based company, Kennedy Partners, which handles a variety of capital improvement construction projects, will essentially launch a new team to bring Clanton into the fold. Clanton will oversee Kennedy Motorsports' expansion from a familiar place — a shop in Georgia that his late father, Billy Clanton, used during his legendary racing career — while Lobb's effort will be based in his own garage in the Empire State.

Both Clanton and Lobb, who finished 13th in the WoO standings, will campaign Core Construction-sponsored Capital Race Cars, the chassis that Clanton co-developed with former Dirt Track World Champion Marshall Green and debuted in 2011. Clanton struggled to get his Capital machine up to speed — while he scored his only WoO LMS victory of '11, on July 19 at Gillette (Wyo.) Thunder Speedway, in a Capital car, he spent most of the season's second half driving his battle-tested Rocket — he's confident that further refinement will lead to better results in 2012.

"John (Lobb) and I will be full-fledged teammates sharing notes," said Clanton, who will continue to use his customary No. 25 that he inherited from his father. "Hopefully I can help pick up his program and I can benefit from his input on the cars as well."

The off-season will be a whirlwind for Clanton, who currently has the Capital car he drove in '11 (he obtained it from Dobbins) but little other equipment. He needs to build more cars — for himself and Lobb — assemble his crew and put together all the spare parts and other items necessary to run a big-time dirt Late Model schedule.

"We're building a new team here, so it's gonna take some time to do it," said Clanton, one of just two drivers with at least one WoO feature in every season since 2004 (Darrell Lanigan is the other). "We'd like to go to Arizona in January (the six-race Wild West Shootout at USA Raceway in Tucson) if we can get our cars done because John (Kennedy) and most of our sponsors are based out there, but the big picture is the World of Outlaws so we gotta be ready for (the season opener) at Screven (Motor Speedway in Sylvania, Ga., on Feb. 10-11)."

Clanton understands the challenge facing him. He's departed an established team to start virtually from scratch with an operation that Kennedy launched just over one year ago, but he's confident he can be a success.

"If everything falls in place, I think we can get back to where we were a couple years ago," said Clanton, whose top WoO LMS points finishes are second (2006) and fourth ('07 and '08). "It's gonna take a lot of hard work, but I'm excited to have the opportunity I've gotten from Kennedy Motorsports. I'm not saying it's a short road, but eventually we're gonna get back on top."

"I'm very excited about Shane joining Kennedy Motorsports," said Kennedy, who kept in touch with Lobb for more than a decade after relocating before deciding to start his own team. "I have enjoyed getting to know Shane and his crew over the course of the last year and he brings an awful lot of talent and experience to the team.

"We're also very excited about the change to Capital Race cars and the opportunity to work with Marshall Green. We're really looking forward to 2012."