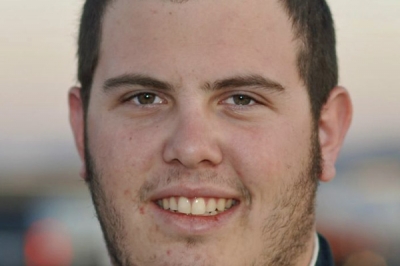 Pete Van Iderstine knows talent when he sees it. He saw it in legendary big-block modified driver Brett Hearn when he helped him get his legendary career started in the 1970s, and now he sees it in up-and-coming West Coast Late Model driver Clay Daly.

Daly, 22 of Watsonville, Calif., first caught the eye of Van Iderstine at a Memorial Day weekend event during his rookie Late Model season in 2009. The following weekend Daly was in Van Iderstine’s equipment, beginning a partnership that would eventually lead to one of the most successful seasons of any West Coast driver in 2011.

It was a successful year all around for the 22-year-old former open-wheel modified standout, who was just looking to use the season to continue his adjustment to full-fender action.

“I expected to win more, but really I just wanted to get a lot more knowledge about the car and have a better understanding of the Late Models and the racetracks we’re racing on,” said Daly who debuted a new Victory Circle Race Car Super Late Model at the beginning of the season.

Even after finishing no worse than second in eight consecutive races in April and May, Daly still wouldn’t have predicted the kind of year he ended up having.

“I didn’t expect to adapt as quick as we did. With the new car, we came out of the gate real strong. It took us by surprise there right out the gate,” Daly said. “The year got rolling and I knew it was gonna be a good year, but even then I never expected to have a year where we’d win three titles.”

The breakout season is even more meaningful for Daly because of the stout field of competitors he races against each week; drivers he says could successfully compete against drivers from any region in the country.

“I think it’s a pretty big feat, especially racing against the caliber of guys we’re racing with,” Daly said of his accomplishments. “We could take probably a half-dozen guys out here and go run in the Midwest or the South or anywhere and would probably run real good. There’s some strong talent out here so to run as good as we did this year against those guys is pretty spectacular.”

For Van Iderstine, a former big-block modified driver and car owner from Morristown, N.J., who relocated to Santa Ynez, Calif., in the late '70s, it’s Daly’s ability to make the most of a potential bad night that he finds most impressive.

“What I’ve seen about Clay that impresses is me, is when the car’s not right or conditions aren’t right, he’s got an ability to adjust himself and change up his driving style,” Van Iderstine said. “I don’t think that’s something you see very often especially with a young driver. That’s something I liked about Brett Hearn, and Clay’s good at it, too.”

The ability to adapt and get the most out of their race cars isn’t the only similarity Van Iderstine sees in Hearn and Daly. He says dedication is another trait the two drivers share.

“Brett Hearn he spends all his time thinking about his car and working on his car. Clay’s the same way. His whole life revolves around racing,” Van Iderstine said.

With a solid West Coast season behind them, Daly and Van Iderstine are looking to branch out more in 2012 with a few trips east to compete in major events. The driver and car owner combo have their eyes on the World of Outlaws Late Model Series race at Gillette (Wyo.) Thunder Speedway and the Lucas Oil Late Model Dirt Series-sanctioned Silver Dollar Nationals, a $25,000-to-win event at I-80 Speedway in Greenwood, Neb.

“Next year is definitely the year we’re gonna get out a bit and see what we can do,” Daly said. “We’re looking pretty hard at going to a couple big races, the World of Outlaws race in Gillette, Wyo., and possibly the big race at I-80. There’s a few others we’re looking at too. We’re just looking at a few races we think we can take a decent swing at and hopefully go out there and make the shows at those deals.”

Daly will start his 2012 campaign with a return trip to Tucson, Ariz., in January to compete in USA Raceway’s sixth annual Wild West Shootout. Daly made four of six feature events in the miniseries in 2011. He had a best finish of ninth, but a potential top-five one night was negated by a flat tire after he made an impressive run toward the front from the 11th starting position.

Daly will look to both earn some redemption for that heartbreak and get a strong start to this season with this year’s trip to Tucson.

“I’m going back with a vengeance this year,” Daly said. “Last year in one of the shows I started mid-pack and I had passed (Billy) Moyer and (Bub) McCool and (Ronny Lee) Hollingsworth and was right there with (Terry) Phillips and lost a right-rear tire. That was with like seven laps to go, so I was pretty upset.

“That just makes us more excited to head back there and hopefully come back and get some good runs to start the year. I’m really looking forward to it, especially after the way we improved this year.”