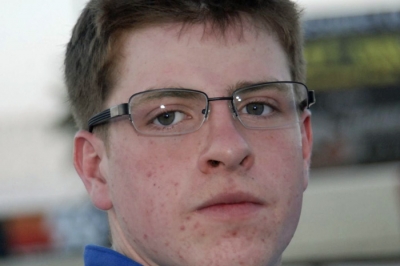 Young Delaware driver Austin Hubbard is looking a ride after Maryland-based Beitler Motorsports announced Tuesday it will cease operations at the end of the season after 25 years of dirt racing.

The 19-year-old Hubbard won the Rookie of the Year title on the World of Outlaws Late Model Series in 2010 and stands seventh in the 2011 WoO standings, but 54-year-old team owner Dale Beitler wants a break from racing after four straight seasons of national touring.

"The current economy, my age, new grandchildren, and the time and money required to operate a top-notch Dirt Late Model team have just put me in a place where I just want to sell out and take a breather," said Beitler, who has fielded his Reliable Painting-sponsored No. 19 cars over the years for standout drivers including Gary Stuhler, Steve Francis, Davey Johnson and Steve Casebolt. "I know that I will definitely miss it, but I'll just go quarter-midget racing with my grandson or with Austin and his family as a fan. I'll never say never, but I'm completely positive that I need a break right now."

Hubbard, who broke onto the Late Model scene with a championship at Virginia Motor Speedway as a 15-year-old, hopes to land a ride with another team that will allow him to remain on a national tour.

"I'm trying to put my name in the hat for every available ride and sponsorship opportunity," said Hubbard, who has drawn fans for his wacky victory lane antics. "Out of sight is out of mind, so I know at worst, I have to go home and put together a small program with my family and local supporters, until I can get a national points opportunity again. Hopefully I can split up a full schedule with another owner. I am going to do whatever it takes to finish what I started."

The Beitler-Hubbard pairing was a successful one as the youngster grabbed a pair of World of Outlaws victories and 11 top-five finishes last season in capturing the rookie title. Although winless on the WoO circuit in 2011, Hubbard is seventh in points and captured the Appalachian Mountain Speedweek title in non-series action.

"Austin has matured so much in our two years together that I can only hope that he lands in a better opportunity quickly," said Beitler, adding thanks for sponsors and supporters to his team. "Anyone who has Austin as a driver will get a talented young man that understands the commitment and teamwork that this sport demands to be successful. I have had a great time racing with his family and my girls, and in my heart I have gained an extended family. ... I can only wish I was 10 years younger and the economy was better."

"I fully understand the position of Dale as I'm only 19 years old and even I start feeling the burn late in a 60- to 80-race season," he said. "You can only have the highest respect for his love for the sport to be doing what he has done in his 50s. This season he started going with us less and less to the races, and we all knew that the writing was on the wall that he needed a break.

"I'm going to do all that I can do to help Dale, even if it is just to get his equipment ready to sell. I can only be grateful for the opportunity to drive his equipment and learn from a great team at such a young age. I have enjoyed a million lifetime memories with Dale, (crew members) Robby (Allen), Coleby (Frye), Nick (Hoover) and Jeff (Alder), and I've become a better driver and person because of it."

The team plans to wrap up the World of Outlaws season with its last run at the Nov. 3-5 World Finals at the Dirt Track at Charlotte Motor Speedway in Concord, N.C.

Grateful to support from his family and sponsors, Hubbard hopes he can continue his Dirt Late Model racing career.

"Everybody keeps asking me, what's the plan? I currently don't have a firm plan. I'm open for suggestions," Austin said with a smile. "Having people like Dale Beitler, Mark Richards, Jack Cornett, and Robby Allen as well as Bob and Shanon from Hoosier believing in me, I know we can find a way to keep chasing the dream."