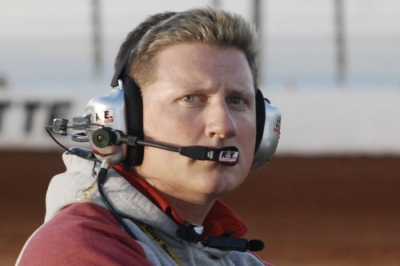 Slack’s addition to the current Eldora staff reflects a restructuring of assets at the Tony Stewart-owned racetrack and indicates Stewart’s commitment of focusing upon the fan and driver experience, a track press release said.

“I am very excited to welcome Roger to the team at Eldora and look forward to watching him grow within his new role,” Stewart said. “I have been impressed with what he has been able to achieve in his previous positions and really feel that he will be a huge asset and help us achieve our forward goals.”

Slack steps into the position with great credentials. After growing up around racing at his grandparents’ Cayuga Speedway Canada, Slack aggressively moved forward in the racing industry. His steadfast allegiance and desire have moved him into a number of high-profile roles throughout his career.

Slack takes over at Eldora after spending two years as the vice president of events of World Racing Group, the parent company of the World of Outlaws Late Model Series. Prior to his time at World Racing Group, Slack spent 11 years at Charlotte Motor Speedway, beginning as an intern and eventually rising to vice president of events. In that capacity he was responsible for the coordination and execution of NASCAR events on the 1.5-mile superspeedway, along with all events at the facility’s 4/10-mile, state-of-the-art clay oval, The Dirt Track at Charlotte.

It is that wealth of knowledge and experience that has garnered Slack’s respect in the industry from his peers and he is anxious to bring all of that education and passion to Eldora Speedway.

“It is an honor that Tony has asked me to join the Eldora family,” Slack said. “I am excited to begin building on his vision for the future, while maintaining the heritage and tradition of the world’s most famous short track. The Eldora staff is second to none and I cannot wait to start implementing all of our collective ideas and making the experience even more entertaining and fan friendly.”

Larry Kemp, who came on board with Stewart’s acquisition of Eldora Speedway from the legendary Earl Baltes in the fall of 2004, will remain on staff in a senior management role and will work alongside Slack throughout the transition with a focus on facility improvements, new business development and special projects.

“Tony has afforded me an amazing opportunity over the past seven years and I look forward to tackling new future challenges at Eldora,” Kemp said. “Roger is a peer in the industry, who I have had great respect for over the years, and am eager to begin working with this fall.” Slack will begin his new role in November.”

Stewart further emphasized that it is “full steam ahead” for 2012 and beyond at the celebrated southwestern Ohio facility. “We’ve already confirmed and announced our major 2012 event dates, and the staff is working hard to assure a Dec. 3, 2011, ticket sale date for those races.”