Notes: Shank trying to wrap up another I-5 title 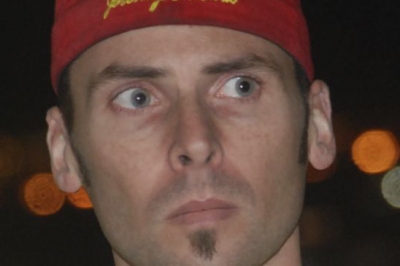 Shank, 32, of Salem, Ore., sits atop the points standings entering the tour’s season finale, the two-day Battle at the Border set for Friday and Saturday at the 3/8-mile oval in Medford, Ore. He holds a 27-point edge over Rob Mayea of Bend, Ore., and a 36-point advantage over Rick Wyatt of Salem, Ore.

But while Shank has some cushion in the race for the title, he knows that he can’t take a single lap off during the Sept. 23-24 doubleheader. He won the last Northwest I-5 Series crown in 2009 — the tour was dormant in ’10 — by just one point in a dramatic showdown that wasn’t determined until the final circuit of the season.

Shank is winless in the four races that have comprised the 2011 Northwest I-5 Series to date, so he’s eyeing the $2,500 top prize that has been posted for Saturday night’s feature at Southern Oregon. A victory would certainly provide a flourish to a championship campaign for the talented driver, who owns two career victories on the tour and is bidding to become the third two-time titlist of a series that formed in 2001.

Mayea, meanwhile, will attempt a final-weekend comeback to register his fourth career Northwest I-5 Series championship but first since 2007, when he captured the last of three in a row. Wyatt has never won the series championship.

A pair of doubleheader weekends remain on the 2011 schedule for the Western Allstars DIRTcar Late Model Series. The tour begins its stretch drive next weekend, visiting sister tracks Antioch (Calif.) Speedway on Sat., Oct. 1, and Merced (Calif.) Speedway on Sun., Oct. 2. Both events during the Budweiser Fall Classic weekend will pay $3,000-to-win.

The season finale is scheduled for Oct. 15-16 at Chowchilla (Calif.) Speedway, which headlines the Western Allstars during the Chowtown Pacific Dirt Nationals.

Bobby Hogge IV of Salinas, Calif., is in the driver’s seat to capture a second consecutive Western All-Stars title. He enters the deciding October stretch of action leading the standings by 22 points over 2008 champion Chris Shannon of Merced, Calif., and 31 points over Richard Papenhausen of Chico, Calif.

Hogge, who has one victory in four Western Allstars events this season, captured the tour’s last title in 2009. The series was idle last year.

Garrett Alberson of Las Cruces, N.M., along with car owner and teammate Dave Deetz, plans to compete in the Sept. 23-24 Topless Thunderfest at Thunderbird Speedway in Muskogee, Okla. The weekend of MARS and NCRA co-sanctioned action features $2,500- and $3,000-to-win features with a $1,000 bonus for any driver who can sweep Friday and Saturday's main events.

With three races left in the DIRTcar's Western Region, Alberson holds the points lead. He's 81 points ahead of Justin Wells of Aurora, Mo., and Deetz in in third place, 143 points back. Alberson can potentially clinch the title with solid performances in his Muskogee debut.