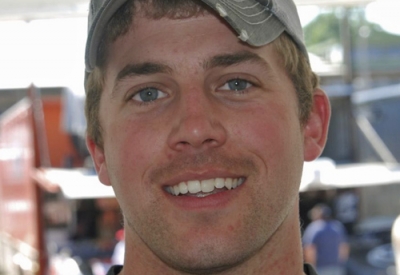 Andrew Reaume will be going for the hat trick Saturday night — a third straight Canadian Fall Shootout Late Model championship at South Buxton Raceway. Brian Ruhlman, who already has a hat trick in the modifieds, hopes to end Reaume’s streak by pulling a Late Model win out of his hat.

The two drivers and good friends will be trying to extend their winning streaks in this Saturday’s seventh annual Canadian Fall Shootout as South Buxton Raceway’s 40th anniversary season comes to an exciting climax. The Late Model feature pays $2,000 to the winner while the modified main event pays $3,000.

Reaume is coming off Late Model Shootout wins in 2009 and 2010, with Ruhlman finishing second both times. “We’re certainly hoping to win it again,” Reaume said.

However, Ruhlman has ruled the modified division since it was added to the Shootout in 2008. Ruhlman, of Clarklake, Mich., has not lost a race in three years in his modified at South Buxton, winning all three features and heat races plus the dash in 2008 for a perfect 7-for-7 record.

“You got to have a little bit of luck,” Ruhlman said of his success in a phone interview from his race shop on Wednesday.

After his win and runner-up finish last September, Ruhlman said felt comfortable at South Buxton from the first time he ran here, winning the 2004 ALMS event, the forerunner of the Shootout.

“This place has a lot of the same characteristics of the tracks I grew up racing on at Stateline and Erie,” the New York native said last fall. “You get the car in the corners fast, you pin the bottom so it doesn’t slide up and you have to hit your marks every lap.”

In the Late Model, Ruhlman has three second-place finishes plus a third and a fourth in the Shootout. His lone Late Model victory of season came Labor Day Weekend in the Baltes Classic at Eldora Speedway, a race Reaume was leading until he lost a motor.

Reaume is still looking for his first victory since last September’s Shootout victory. He came close to his first career win in the United States in June when he finished second in the Barney Oldfield Memorial at Oakshade Speedway, as race he led 31 of 40 laps but was passed by Eddie Carrier Jr. in turn two on the final lap.

The Shootout will be Reaume’s second visit to his home track this season. He finished second to Greg Oakes, of Franklinville, N.Y., in the Ontario Dirt Late Model feature on July 30.

“I think we’ll be in better shape this time,” he said. “We had a bent right year shock and lost the side bite.”

Reaume will also have his father Brett’s motor under the hood on Saturday, after losing his primary powerplant at Eldora.

Chris Ross, the first Canadian Shootout winner in 2008, will also be in Saturday’s field.

The Charing Cross resident has a win and two second-place finishes in his four South Buxton features this season. He was fourth in the ODLM feature. The highlight of Ross’s season was his first win on U.S. soil in early July at Millstream Speedway in Findlay, Ohio.

The Late Models will run 10-lap qualifying heat races and a 30-lap feature. A pill draw will determine the heat lineups.