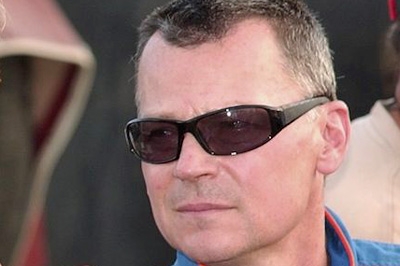 His edge over runner-up Todd Cooney of Des Moines, Iowa, was 816-810 while Terry Neal of Ely, Iowa, was another five points off the pace in third. Andy Eckrich of Iowa City, Iowa, and Darrel DeFrance of Marshalltown, Iowa, rounded out the top five.

Guss led all drivers in the division with 16 feature victories and earns a $5,500 share of the $21,300 point fund to be paid this fall to top 20 finishers in the final point standings, which become official on Sept. 26.

Cooney, the 1997 and 2002 national champion, was a 15-time feature winner and paced points at both Hamilton County Speedway and the Iowa State Fairgrounds Speedway. He was also the Iowa state king.

Neal won a dozen times and reigned again at Dubuque Speedway. Eckrich was champion at both Farley Speedway and West Liberty Raceway. Rookie of the year Travis Denning of Sterling, Ill., was 31st in overall points.

First-time track champions were Jon Passick of Waterloo at Independence Motor Speedway and Justin Reed at his hometown Quincy, Ill., Raceway. Reed had four feature wins to Lonnie Bailey’s one to get the tiebreaker nod at Quincy.

Overall IMCA standings are based on drivers’ best 20 finishes out of their first 55 starts. Bonus points, equal to the average weekly car count at tracks holding a minimum of eight sanctioned events, are awarded to track champions.

The higher average is used to award bonuses when drivers won more than one track title pro-rated bonuses are given at tracks where fewer than eight weekly events were held.

IMCA’s regular weekly season for Late Models ran from April 22 to Aug. 28. Point fund checks will be presented during the national awards banquet in Lincoln, Neb., in November.