Closing of Tri-City came down to the bottom line 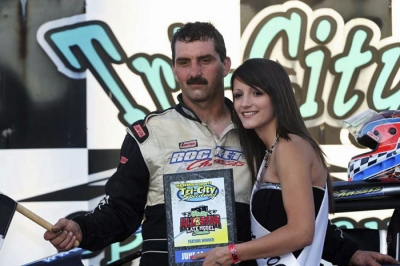 Thursday's closing of Tri-City Speedway came down to the bottom line, the track's promoter said Friday in a press release from the Franklin, Pa., half-mile oval.

"There simply were not enough fans there to support the track," said Tim Engles, hired this season to promote the track for H&H Motorsports. "We knew it would be tight. The Super Late Model teams supported us, but there were not enough people through the gates to build the program."

The 57-year-old track, under the ownership of H&H's Roy Hill and Rich Hetrick since 2009, mixed things up for 2011 by moving from its traditional weekly Sunday night slot to Friday nights. In addition, Super Late Models replaced the big-block modifieds as the headline class. But neither move succeeded in improving the track's fortunes.

"The reality is that local short track racing is facing a difficult future," Engles said."There are many challenges too numerous to mention. The economic downturn over the last few years has really taken its toll as well. We hope that Tri-City Speedway's fate is not the same for other regional tracks. We encourage all race fans to support their local tracks and race teams."

Engles and his management team receiving an email from Hill, of Ruther Glen, Va., announcing the decision to close the track.

"Due to financial conditions, Roy and Rich have had to come to the difficult decision to close the track effective immediately," the email said. "We wish to thank everyone for their hard work and efforts in the operation of trying to run the track this year."

Engles was somewhat surprised by the timing of the decision.

"It's taken out of our hands," Engles said, speaking on behalf of the staff. "Originally, we understood that the track would run through the year. We wanted to finish out the season. After I received the email, I discussed various options with Mr. Hill, including dropping classes. However, he explained to me that there are no additional funds to operate the track. We are sorry for the inconvenience this decision caused to all of the fans, race teams, and sponsors."

The closure leaves some unanswered questions that will need to be resolved over the next several weeks. This includes the rain checks and pit passes from the July 22 show. Engles said questions should be directed to the H&H Motorsports office in Virginia at 23328 Business Centre Court, Ruther Glen, VA 22546. Inquiries may also be made to Hill at (804) 448-3202 and Hetrick at (814) 676-0477.

With the track's closing Robbie Blair of Titusville, Pa., was declared champion of both the Super Late Model and Fastrak-sanctioned Crate Late Model divisions.

The closing also cancels the Oil Region Labor Day Classic, the two-day Labor Day weekend event for the World of Outlaws Late Model Series that's been held since 2006. The series says its considering replacing the event with an event at one more tracks in the same region for the holiday weekend.

The closing affects only the half-mile dirt oval. The go-kart track, which runs every other Saturday, and the Extreme Dirt Track Nationals ATV event scheduled for Aug. 5-6, will still run as scheduled.