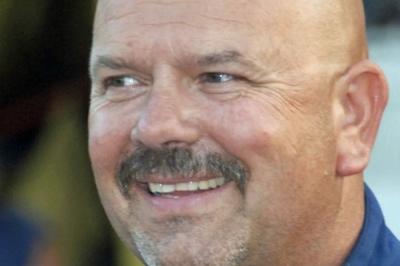 MARKLEYSBURG, Pa. — One driver who was hoping for a solid performance at Saturday's UFO Race Championship Series events was Chuck Harper, however motor issues during hot laps sidelined the Beverly, W.Va., driver before he could even turn a competitive lap around the 3/8-mile Roaring Knob Motorsports Complex oval. | Devin Friese wins at Roaring Knob

"The engine started missing a little there in hot laps," Harper said. "It locked up on us in the pits. Thankfully that didn't happen on the track or it could've gotten ugly."

By intermission, Harper and his crew had loaded the car, without fully diagnosing the problem. Harper later said it may be a broken valve.

"We just finally got this new car rolling good," he said. "Now we just need to get the motor running right."

Harper was referring to the new Barry Wright Race Car he purchased less than two months ago. A long-time campaigner of Rocket Chassis, Harper said it was simply "time to try something different."

"Now we got us a good weapon to go to war with," he joked.

Heading into Saturday's night race, Harper had three third-place finishes as well as a second place finish in his new Rick Starnes-owned car, which he admitted he's still getting sued to.

"I'm on the phone with Barry and Lance (Wright) all the time," he said. "Jonathan (Davenport) has been a big help too. Actually, I've talked to all those guys a good bit. They've all been a big help. Once everything comes together, look out. I think we've got something good here."

Former Roaring Knob track champion Gary Dalton may have gotten a late start to the 2011 racing season, but it certainly didn't slow him down. In his first night out, on July 2, Dalton picked up the Super Late Model feature win.

"I wasn't even sure we were gonna run," Dalton said. "(Car owner) Doug (Grainger) thought he was gonna sell out. At the last minute, he kinda changed his mind and called and asked me to drive."

Armed with a 2-year-old Rocket Chassis and a Cornett power plant, Dalton says the team will just race once a weekend.

"We're gonna travel around here and there," Dalton said. "We don't really have a plan. Heck, maybe it's better that way."

Even so, Dalton says the team will likely hit Roaring Knob on most Saturdays, where the Morgantown, W. Va. veteran is the all-time leading Super Late Model feature winner.

As far as next year, Dalton says it's way too early to even think about what will happen.

"Heck, I'm getting to the age where I don't even know if there'll be a next year!" he quipped.

"I searched around at the start of the race and it seemed like I had more off the corner when I was down on the bottom," Minnick said. "So I stayed with it."

With 15 laps to go, Minnick had cracked the top five and was gaining ground on the front runners, but a caution with eight laps remaining spoiled his momentum.

"My car was getting better," Minnick said, "but I didn't realize I had used up the left rear until after that caution. At that point, I just couldn't get it going again. It was bald when I came in after the feature."

Like Dalton, Minnick also got a late start to the season waiting for his motor to be finished. The Uniontown, Pa., driver, who already has a UFO victory at Roaring Knob, said he was using a setup from the previous week to boost his chances of landing in victory lane.

"(The set-up) was something we had tried the week before and I really liked it," he said. "So, we tweaked on it a little throughout the week. It was really good on the slick."