Bloomquist lands the pole for Clash at the Mag 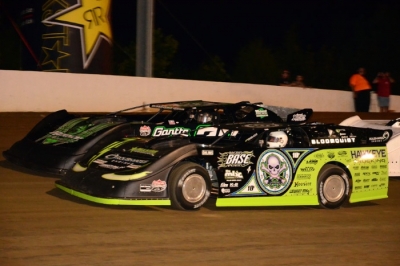 The Clash at the Mag, sponsored by the Columbus-Lowndes County Convention and Visitors Bureau, will pay $20,000 to win and $1,000 to start at the 3/8-mile oval west of town.

Bloomquist was the fastest qualifier among 57 entrants on Friday with a lap of 14.909 seconds. Besides Bloomquist and Hollingsworth, other heat race winners were: Chris Brown of Spring, Texas; Chris Wall of Springfield, La.; Shane Clanton of Fayetteville, Ga.; and Mike Marlar of Winfield, Tenn.

Saturday's activities get under way at 4:30 p.m. with a Dirt Racing Outreach program followed by theApplianceZone.com driver autograph session at 5:30. On-track action follows with consolation races and the 100-lap main event.

Notes: Scott Bloomquist will be gunning for his third straight series victory following his sweep of last weekend's Ohio doubleheader. ... Series points leader Jimmy Owens of Newport, Tenn., finished second behind Bloomquist in the first heat, just as he did in both of the Ohio features. ... Mike Marlar of Winfield, Tenn., came from his sixth starting spot to win the final heat race. ... Will Vaught of Crane, Mo., is making his first start on the Lucas Oil tour since his one-year suspension ended in late May. ... Three home-state drivers are among the 18 cars locked into the main event: Eric Cooley of Fulton along with Meridian drivers Rodney Wing and Chad Thrash.