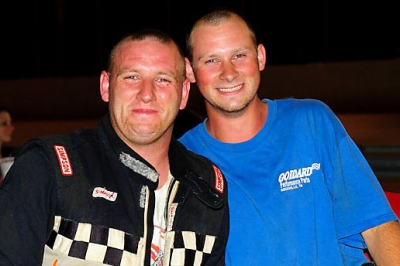 Winters opened a large lead after jumping out front on the start of the race, but Lear chased him down after moving to the second position on lap two and took control of the top spot on lap nine.

Lear later survived a lap-11 restart and navigated slower traffic in the closing laps as he pulled away from the field to score the victory over Winters and Frankie Plessinger of Big Cove Tannery, Pa. Jim Bernheisel Lebanon, Pa., and Ashley Barrett of Shippensburg, Pa., rounded out the top five finishers.

“The biggest thing is getting the bugs worked out of a new car that you’re not used to driving, getting it fined tuned,” Lear said of his success in his first Late Model season. “We went to some of the speedweek shows and worked on the car a lot. We had some driver errors but we’re getting better at that each week.”