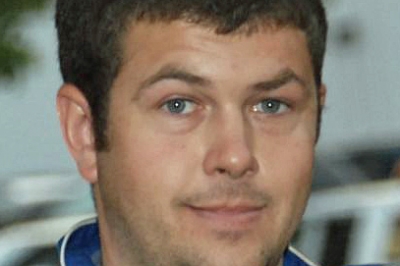 With Richard Jarvis Jr.'s previous car owner scaling back following the 2009 racing season, and his wife Whitney expecting their first child, the Ocean City, Md., driver decided to take a break from racing in 2010. It didn't take him long to get back to up to speed in 2011.

"I've got a new Lazer Chassis this year, and I'm just tickled to death with it to come out of the box and win the first race," said the 31-year-old driver, who outran a field that included former World of Outlaws Late Model Series race winners Austin Hubbard and Ricky Elliott. "There were some real good drivers. We were really happy about it."

The ageless Hal Browning led the first lap at the half-mile oval before Jarvis shot by to take command. Hubbard took second on the sixth lap and began tracking Jarvis, taking a final shot at him with an inside move on the final lap that fell short.

"I had a little luck with the draw and got a good starting spot there," said Jarvis, who has about 40 career Late Model victories. "When I first got here I drew dead last and started last in the heat race and though it was going to be a bad night."

Instead, it was a victorious return to the track in the No. 680 car designed by Jim Bernheisel with a Pro Power engine and sponsorship from Chris Gray, J.D. Quillen, Mid-Coastal Siding and Fleet Maintenance.

Jarvis came up through the ranks as a champion go-kart racer before running modified lites and then big-block modifieds. He's dabbled in NASCAR-sanctioned asphalt racing a few times and has about five seasons under his belt in Dirt Late Models, winning 2005 and '09 championships at his home track in Delaware.

Following 2009, though, car owner Steve Nuttall of Eden, Md.-based Mid-Coastal Motorsports was downsizing his team and with his son Jack — now nearly eight months old — on the way, "it was kind of a good time to scale back" from racing, Jarvis said. "It would've been a little hectic."

Jarvis tuned his new race car six days before his 2010 debut in a 10-lap practice session at Delmar, learning enough to have the car race-ready for the season opener.

Jarvis is using the No. 680 — a number his 65-year-old father raced with in big-block modifieds years ago — for the first time since he was a teenager. The backstory of the three-digit number? Richard Sr.'s daughter was born in 1968, so he used No. 68 before connecting with car owner Boogie Hitchens, who was No. 80. The Jarvis-Hitchens entry mashed the numbers together,hence 680.

"He had a lot of success with that number, winning track championships at different tracks," Richard Jarvis Jr. said. "I was real proud to be using it again." — From staff and track reports

OHIO'S ROCKY TOP RACEWAY CLOSING ...: A legal dispute among co-owners led to Wednesday's closure of Rocky Top Raceway in Coal Grove, Ohio, promoter T.J. Layne announced. The 3/8-mile oval in southeastern Ohio hosted regular Super Late Model events and had a pair of STARS Midwest Dirt Racing League events on the 2011 schedule. The racetrack was co-owned by Blaine and Sharon Evans along with Don and Judy Harmon, but contractual issues arose and the Harmons will no longer be associated with the track, said Layne, adding he plans to partner with Don Harmon for other promoting options. "It's such a shame that things had to end this way," the promoter wrote on the track website. Rocky Top hosted 99 events over seven seasons. Construction started on the track in 2000 and the first event was held May 22, 2004, according to track history. — From track reports

... WHILE MISSOURI'S LAKE OZARK SPEEDWAY REOPENS: Lake Ozark Speedway's closure lasted a single month. After owners announced in March that the Eldon, Mo., oval wouldn't open in 2011 unless someone bought or leased the track, Kerry and Wendy Rowden have stepped in to lease the 3/8-mile oval for the 2011 season. The track, owned by Gordon and Kevin Gundaker of G&G Ozark Motorsports, will open April 30 with a six-division program that includes ULMA-rules Late Models and 360 sprint cars. Dates for the O'Reilly Midwest LateModel Racing Association (June 18) and MARS DIRTcar Series (Aug. 6) remain on the schedule. — From staff reports

TOCCOA PROMOTER DIES AT 48: David Pritchett, promoter of Toccoa (Ga.) Speedway, died Monday, April 11, of an apparent heart attack at his Carnesville, Ga., home, according to long-time Georgia track reporter Richard Pearson. He was 48. Pritchett's death brought an outpouring of memories and support from the racing community on the track's Facebook page. The funeral was Thursday at the B.D. Ginn Memorial Chapel in Carnesville with burial at Mount Zion Methodist Cemetery. — From staff reports

ODDS AND ENDS: Hometown driver Tanner Works notched his first Super Late Model victory at Cleveland (Tenn.) Speedway in the second of twin features April 9. ... Adams County Speedway in Corning, Iowa, plans to add $250 to weekly Late Model purses if 20 or more cars run in heat races, giving feature winners $1,000 and runners-up $750. ... Limited Late Model drivers at Bedford (Pa.) Speedway and Allegheny County Speedway in Cumberland, Md., can participate in the 10-race Bedrock Shootouts between the tracks. Each event pays $1,000 to the winner and drivers will vie for a $3,000 point fund. ... Winchester (Va.) Speedway plans a $2,400-to-win Super Late Model event on April 30 that will guarantee the winner a starting spot in the track's $10,000-to-win Raye Vest Memorial on Aug. 26-27.